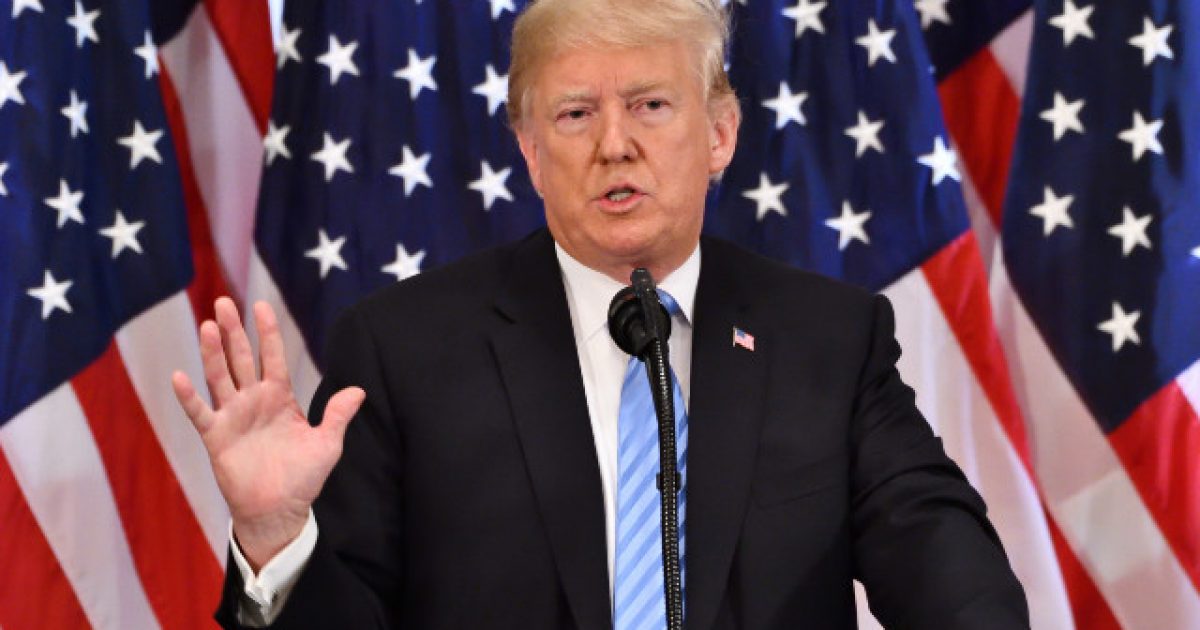 The media seems hellbent on taking anything and everything President Trump says and twisting it around so that it becomes some sort of controversy they can use to point out how incompetent our commander-in-chief is in the wake of the coronavirus pandemic, hoping beyond hope that this particular crisis will help them push Biden — who is facing serious sexual assault allegations right now — to victory in the 2020 election.

One of the biggest and most ridiculous instances of this behavior is the whole “disinfect the body” nonsense that the media turned into a big deal. In light of President Trump’s comments and the hoopla surrounding them, the White House has dropped some guidelines for disinfecting so that people apparently know not to consume disinfectant or something of that nature.

The new guidance, released Wednesday by the Environmental Protection Agency and the Centers for Disease Control and Prevention, calls on people to clean and disinfect frequently touched surfaces such as doorknobs, light switches, countertops, phones, toilets, and sinks at least daily.

Other areas, though, don’t need to be disinfected before they reopen. For example, businesses, schools, and other public spaces that haven’t been occupied for more than seven days only need to undergo routine cleaning, because the coronavirus hasn’t been found to survive on surfaces longer than a week, according to the guidance shared with the Washington Examiner.

The EPA and the CDC also say outdoor spaces generally only need to be cleaned. Using disinfectant on sidewalks and in parks isn’t an “efficient use” of supplies and hasn’t been proven to reduce the risk of the virus spreading, the agencies say.

Andrew Wheeler, an administrator for the Environmental Protection Agency, recently spoke of the guidelines saying, “These guidelines will provide all Americans with information they need to help the country reopen as safely as possible.”

The EPA is the agency that is in charge of giving approval to various products that are being used as disinfectants against the COVID-19 virus. As soon as this crisis kicked off, the EPA has worked to speed up the approval process in order to get products out to folks at a faster rate. The approval process was whittled down to a two-week period according to the agency. There are now 350 products on the approved list.

For those who might not be able to gain access to these disinfectant products, the EPA recommends using one-third cup of bleach added into a gallon of water. When dealing with these powerful disinfectants, the EPA says to use gloves and other assorted protective equipment.