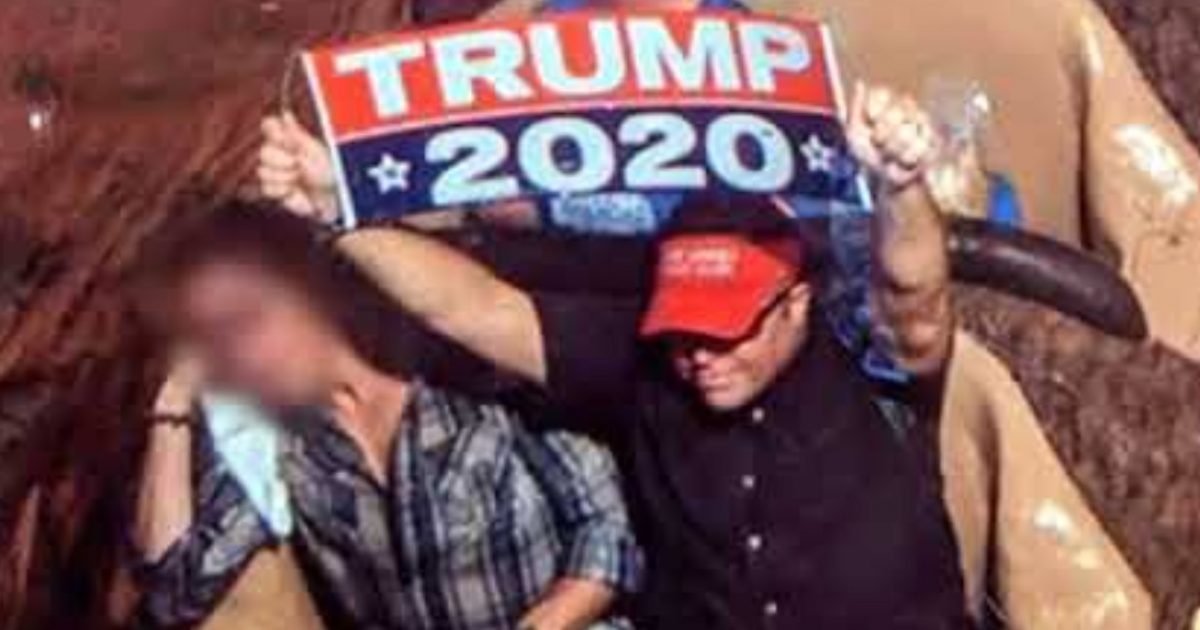 Apparently, the “happiest place on earth” isn’t somewhere where Trump supporters can be themselves.

There has been no shortage of discrimination against republicans over the course of the last few years.  As a nation, we have endured a number of ugly incidents in which supporters of the President have been harassed, attacked, accosted, or shot at during these first two years of the Trump Era.  The lightning rod for this discrimination has often been the bright red, “Make America Great Again” hat worn by any number of the President’s faithful followers.

Now, a frequent visitor to Disney World in Orlando, Florida is facing a revocation of his park pass over his political views.

The picture of Don Cini’s latest antics last week show him riding down Splash Mountain with a “Trump 2020” sign and on Expedition Everest, he held a “Keep America Great” sign.

“They never mentioned the fact that there was some kind of safety issue on the ride. That I was holding up a sign and I shouldn’t be doing that,” said Cini.

Disney revoked his annual pass, which he says he had for 24 years.

He said Disney a few weeks ago called and said he was no longer banned and he agreed not to hang any more flags.

Disney’s park rules state that, “the usage of any flag, banner or sign to incite a crowd” is prohibited.

“And I wanted to actually abide by their rules, and not hold up a flag to incite a crowd, but I kind of wanted to test them,” said Cini. “I just really wanted to find out whether or not it had to do with unfurling a flag, or what was written on the flag.”

Now, Cini is banned from all Disney properties, officially, after being issued a trespass warrant by local authorities in Florida.

Burglars Stick Gun in the Face of Store Manager, What She Does Next Leaves Them Shocked.

Family of Parkland Shooting Victim Just Filed a Lawsuit Against the Federal Government. Here’s Why.