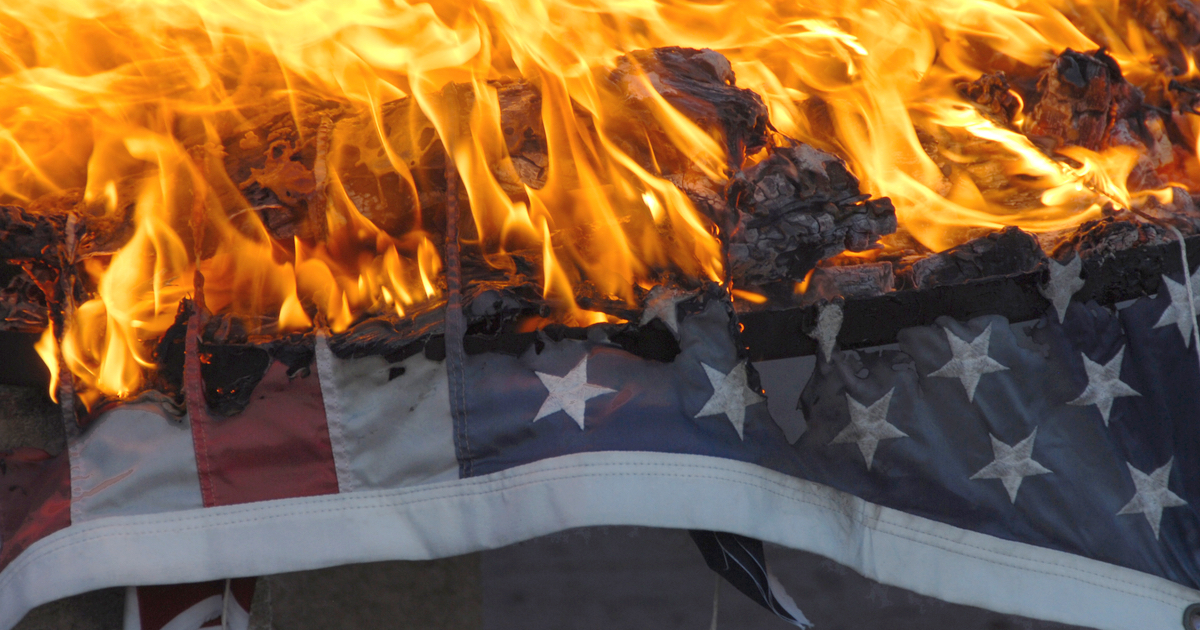 President Donald Trump certainly isn’t taking the looming threat of a fight at the border lightly.

Earlier today, the President responded to new reports out of Mexico, where the migrant caravan has effectively swelled in size as to become a national security concern for the United States.   This prompted the Commander in Chief to declare, at least on Twitter, that this was a “national emergency”.  Concerns are now growing as to what this national emergency will entail once the enormous mass of migrants reach the border.

From within Mexico and Central America, we have images from the front lines.

From BBC news photos… https://t.co/uyVHocgoTB
caption “In Honduras, protests have been held in support of the migrants in the capital city, Tegucigalpa”

is this an American flag burning? pic.twitter.com/LjDVRQQs2W

Earlier in the coverage of the caravan, an act of defiance served to define the indignant nature of several within.

On TV it shows ppl in this #migrant #caravan not only carrying their countries flag but putting up their middle fingers‼️ When foreigners come in your country waving their flag thats called an invasion‼️ https://t.co/I6w6DHcHfM

With the midterm elections approaching, President Donald Trump has been working overtime in order to shore up support for Congressional republicans.  With this caravan on the horizon, however, you best believe that the Commander in Chief will be covering the topic of immigration tonight in front of enormous crowds in Texas.