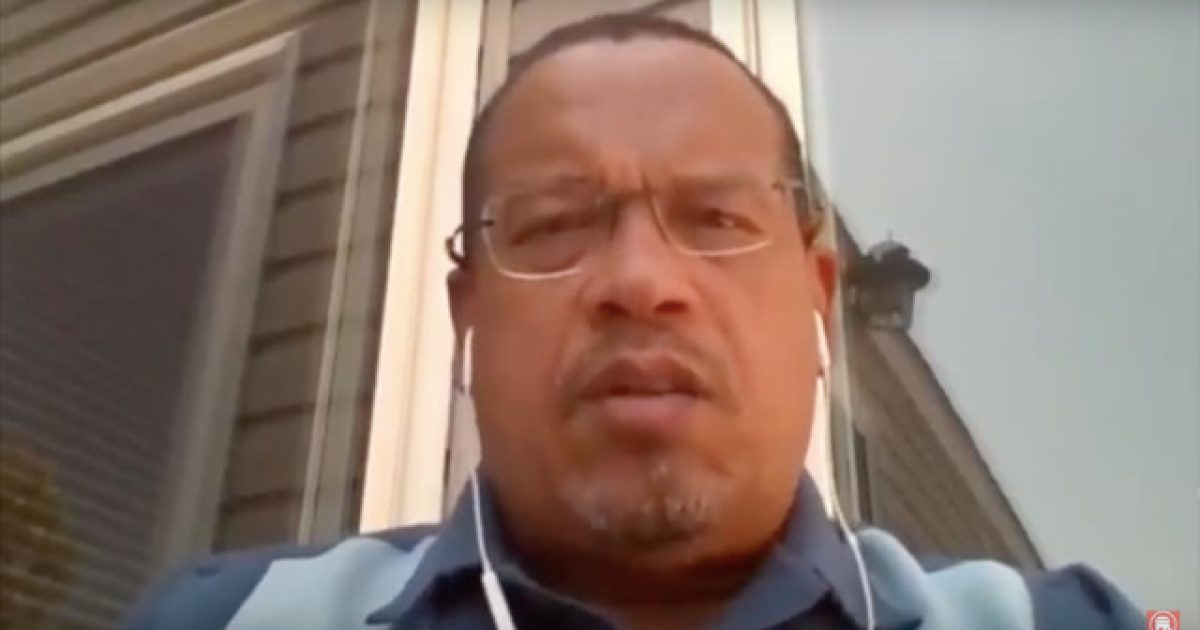 Democratic Rep. Keith Ellison, the deputy chair of the Democratic National Committee claimed on Wednesday that for our country to have national borders is “an injustice” as it keeps Mexican workers from coming to the United States to look for higher paying jobs.

Ellison gave this twisted up opinion during an interview with Rabbi Michael Lerner who is a well known liberal activist.

In other words, by having borders designed to protect both our physical safety and economic prosperity and security, we’re a bunch of meanies who are preventing Mexican folk from moving up the corporate ladder.

Ellison’s comments, which were quickly clipped and circulated by the Republican National Committee, are just the latest instance of the congressman signaling his support for a far-left, open-borders agenda.

Ellison sported a T-shirt calling for the elimination of national borders while walking in a parade in May. The next month, he posed for a picture next to a sign that read, “No human being is illegal on stolen land.

A nation without borders is not a nation. If we just leave the door unlocked so any Tom, Dick, and Harry can come on in, then we not only create a national security crisis enabling our enemies to have complete access to our country and citizens, we also put our resources at risk too.

One of the legitimate uses of power for a government is to protect its citizens from outside invasion. That’s precisely what our borders and immigration system do. That’s their function. This isn’t an “injustice” because economic prosperity and success is not a guaranteed, God-given right. If people in other countries want what we have, they should come here the right way. Or work toward social change in their homelands.

Hopefully one day the left will get this point.