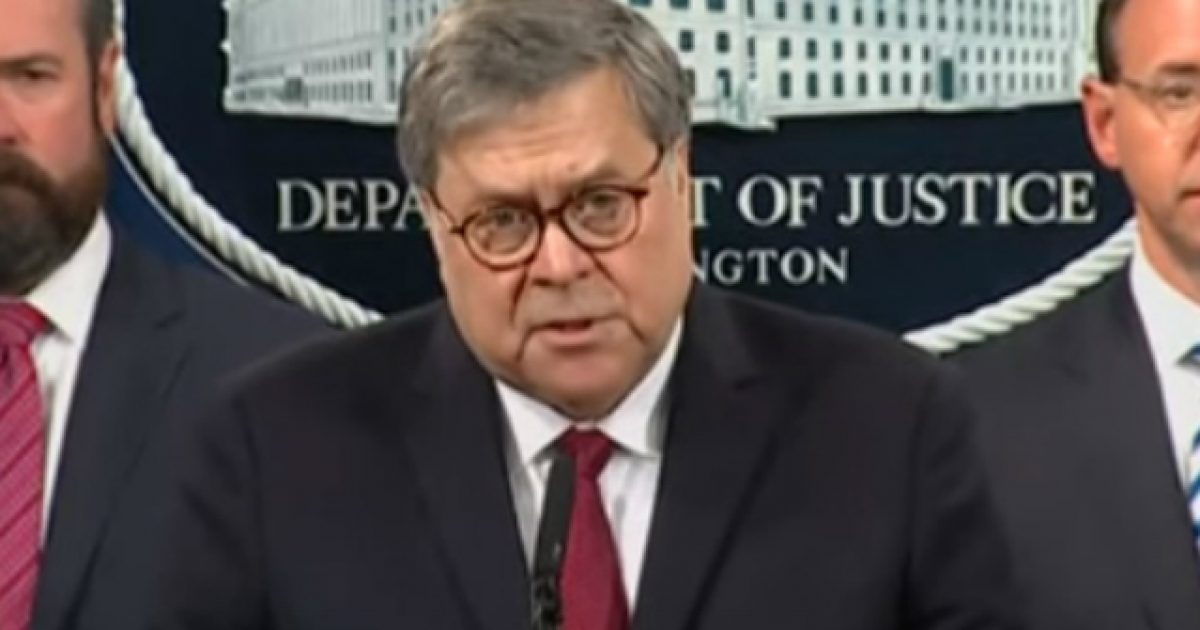 Several of the investigators involved in the Mueller Russia probe, Ukraine investigation, and matters related to Hillary Clinton and her various scandals around the 2016 presidential election are all being investigated by the Department of Justice.

As you can imagine, the left is probably very nervous about this, hoping that whatever conclusions are reached do not expose further activities by the “resistance” within the government working against the Trump administration.

Barr last week confirmed that the Justice Department is reviewing information about Ukraine coming from President Trump’s personal attorney Rudy Giuliani and others. Barr has tapped U.S. Attorney from the Western District of Pennsylvania Scott Brady to handle that Ukraine information.

That review comes after the president was acquitted on charges — abuse of power and obstruction of Congress — stemming from the Ukraine controversy.

Last year, Barr appointed U.S. Attorney from Connecticut John Durham to review the events leading up to the 2016 presidential election and through Trump’s January 20, 2017 inauguration. But, as Fox News first reported, Durham has since expanded his investigation to cover a post-election timeline spanning the spring of 2017 — when Mueller was appointed as special counsel.

Another probe looking into the Clinton Foundation is also still underway, along with further looks into the granting of a FISA warrant during the Russia probe and Clinton server document release.

These are all shady incidents that desperately need further examination to expose any political corruption that may have led individuals within the government to act out against their president for unethical, personal reasons. It’s imperative that these folks be held accountable for their actions.