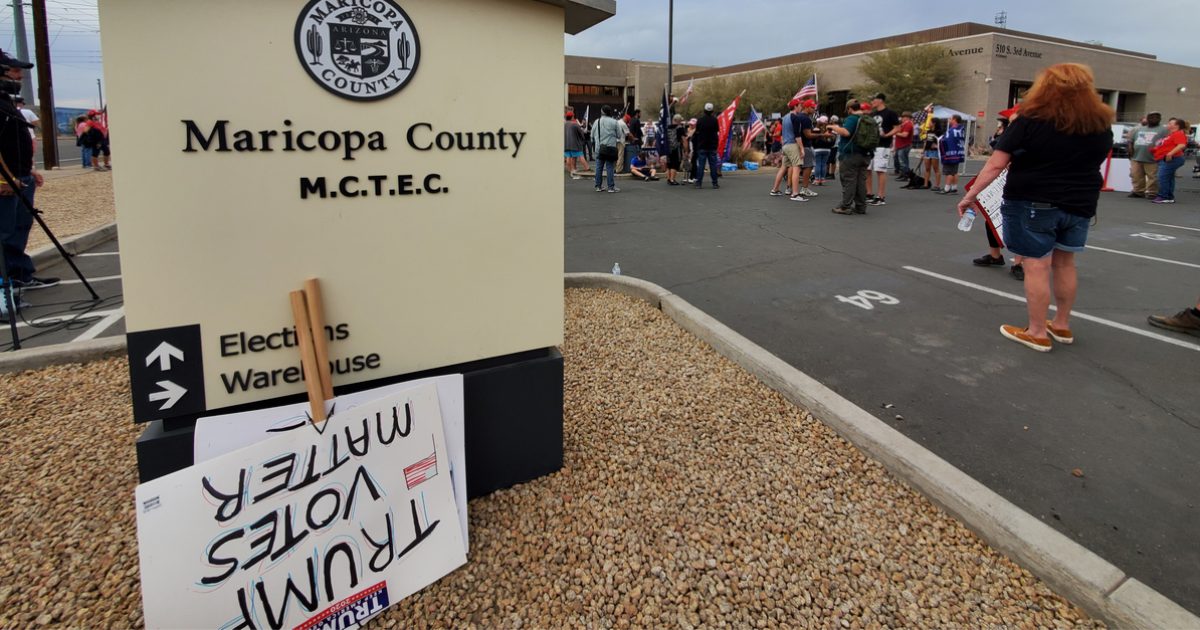 We have now put about six month’s worth of daylight between ourselves and the 2020 election, but still some questions remain.

In the afterglow of that fateful contest, a great deal of doubt in the results was fostered and conjured by then-President Donald Trump and his litigious surrogates – including former NYC Mayor Rudy Giuliani.  Some believed that the election was rigged via Democratic ballot initiatives, while others, including the aforementioned Giuliani, sought to prove that the voting systems used in several states were arbitrarily switching ballots.

That latest claim saw Giuliani, as well as a number of other Trump acquaintances, slapped with lawsuits in excess of a billion dollars for defamation against Dominion Voting Systems.

Now, as the Arizona GOP continues to take a manual look at the ballots in Maricopa County, the US Department of Justice appears ready to get involved.

In a letter to GOP Senate President Karen Fann, the head of the Justice Department’s Civil Rights Division said the Senate’s farming out of 2.1 million ballots from the state’s most populous county to a contractor may run afoul of federal law requiring ballots to remain in the control of elections officials for 22 months.

And that isn’t all:

The Justice Department letter came six days after voting rights groups asked federal officials to intervene or send monitors to the Veterans Memorial Coliseum in Phoenix at the state fairgrounds, where the ballots are being recounted.

“We are very concerned that the auditors are engaged in ongoing and imminent violations of federal voting and election laws,” said the letter sent by the Brennan Center for Justice, the Leadership Conference and Protect Democracy.

It goes without saying that those who already harbor distrust in the results of the 2020 election are not likely to find the thought of a DOJ intervention at all comforting, which could lead to even more resentment among those who’ve long possessed their doubts.

RNC Lashes Out at Facebook Over Continuation of Trump Ban