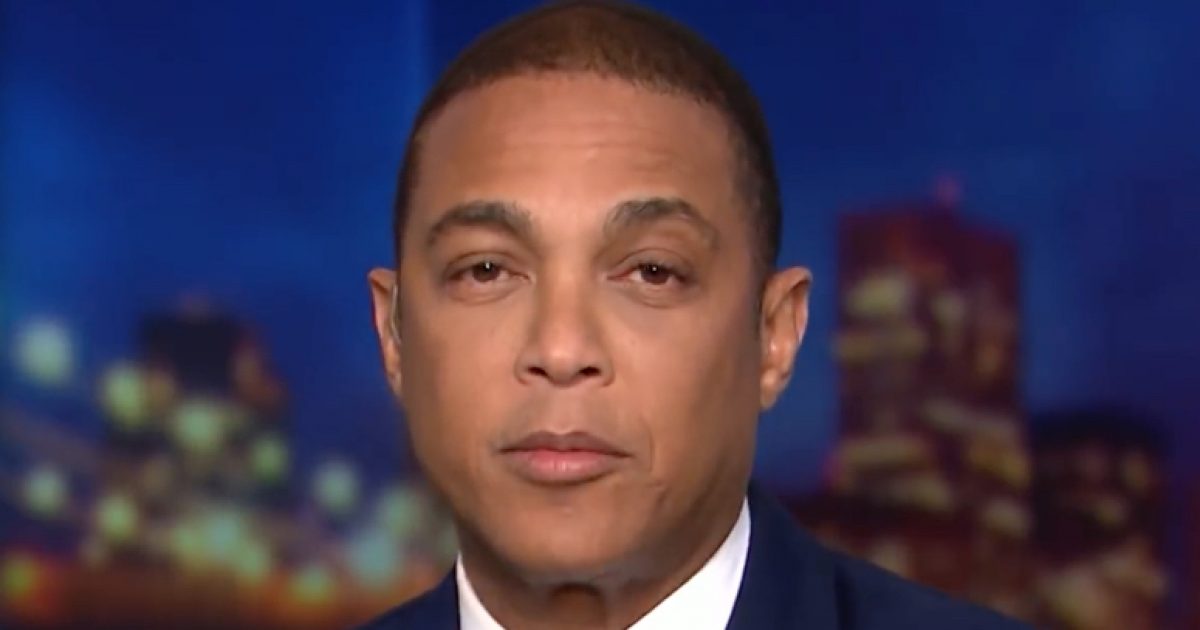 It can be more than a bit disheartening to have to continually explain the not-so-intricate ins and outs of the Second Amendment to people, especially those with a net worth as high as Don Lemon’s.

Lemon, who is a star anchor over at CNN, has long been open about his rampant liberalism.  His cynical and sarcastic tone has him playing the role of a macabre Trevor Noah, delivering all of the predictable leftist spin with none of the punchlines.  His usual delivery tends to fall into dry, sarcastic, and sardonic – often allowing the viewer to read his mind as he tumbles toward the final breaths of any particular sentiment.  (This is a genius move for Lemon, who allows himself to be interpreted by the audience in order to appear complementary to their own beliefs).

The problem is that, for all of Don Lemon’s cunning traits, he is still unable to fully recognize the nature of the right to bear arms in America.

CNN host Don Lemon suggested we have to stop pretending the Second Amendment is “above all” and therefore “sacrosanct.” He made the claim as part of his reaction to the Thousand Oaks, California, shooting.

He said, “I don’t think it’s too much to ask for guns, Second Amendment right, and sense with it.”

Lemon’s segment began with he and fellow host Chris Cuomo pleading for more gun control. Their conversation included everything from Lemon suggesting our Founding Fathers had no idea the types of firearms that would exist in the 21st century to Cuomo arguing that our Founding Fathers did not intend the Second Amendment to be second.

At one point Lemon said, “We have to stop pretending that the Second Amendment is the amendment above all that’s sacrosanct.”

What Lemon has failed to realize is that the Second Amendment will only ever be called upon when it is threatened by men such as he.  It isn’t so much an active right as it is an insurance policy against its own disappearance.  It activates only when an attempt to deactivate it occurs.

So, maybe it’s not “sacrosanct” per se, but it is certainly impervious to infringement.