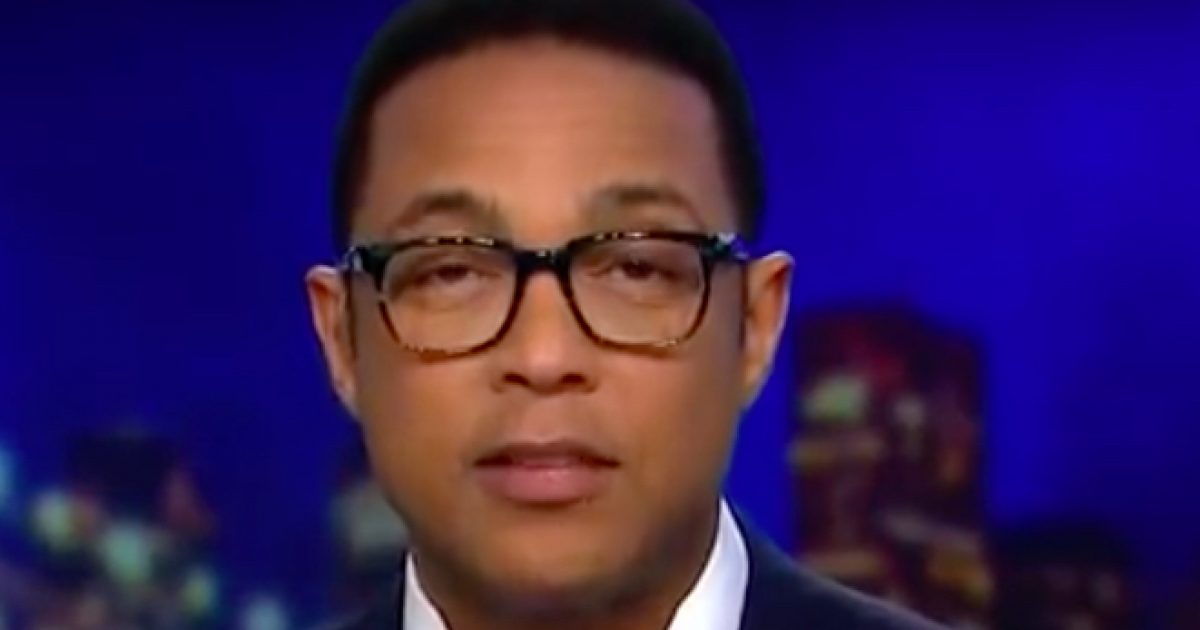 There seems to be a grand confusion over on the left side of the American political spectrum, and it’s tainting the very discourse that we hold dear in this country.

The issue seems to be that the democratic party has moved away from the Constitutional premise that all are “created equal”, and are instead pushing for the government to create equal outcomes for all Americans, regardless of effort, dedication, or work ethic.

This has allowed for some ugly, hateful ideologies emerge, including the idea that racism and reverse racism are somehow different and easily distinguishable from one another.

Here’s a perfect example of why this is an issue, courtesy of CNN anchor Don Lemon.

CNN's Don Lemon: "We have to stop demonizing people and realize the biggest terror threat in this country is white men, most of them radicalized to the right, and we have to start doing something about them." pic.twitter.com/OFu9fL3eHn

I’m not sure where Don Lemon got the idea the he could tell us to not demonize groups of people by their common denominators, but then immediately do just that.

We must always remember that this is a divide and conquer tactic being deployed by the talking heads of television news in order to bolster and foment conflict.  They need conflict in order to gain viewers, and, in turn, make enough money to stay afloat by selling advertising slots in between their cliffhanger editing.

If we fall for this schtick, or if we allow Don Lemon’s asinine hypocrisy divide us, then CNN and the other mainstream entertainment companies will revel in their success and undoubtedly up the ante in order to promote further coverage of the events unfolding in reactionary fervor.

Remember, the media is not journalism the same way that WWE is not wrestling.  They are both the entertainment-driven fringes of their industry, and should both be taken with a heaping dose of salt.

Politico Purports That POTUS Has Been Subpoenaed!

What do Americans Really Think About NBC Firing Megyn Kelly? New Poll has the Answer.