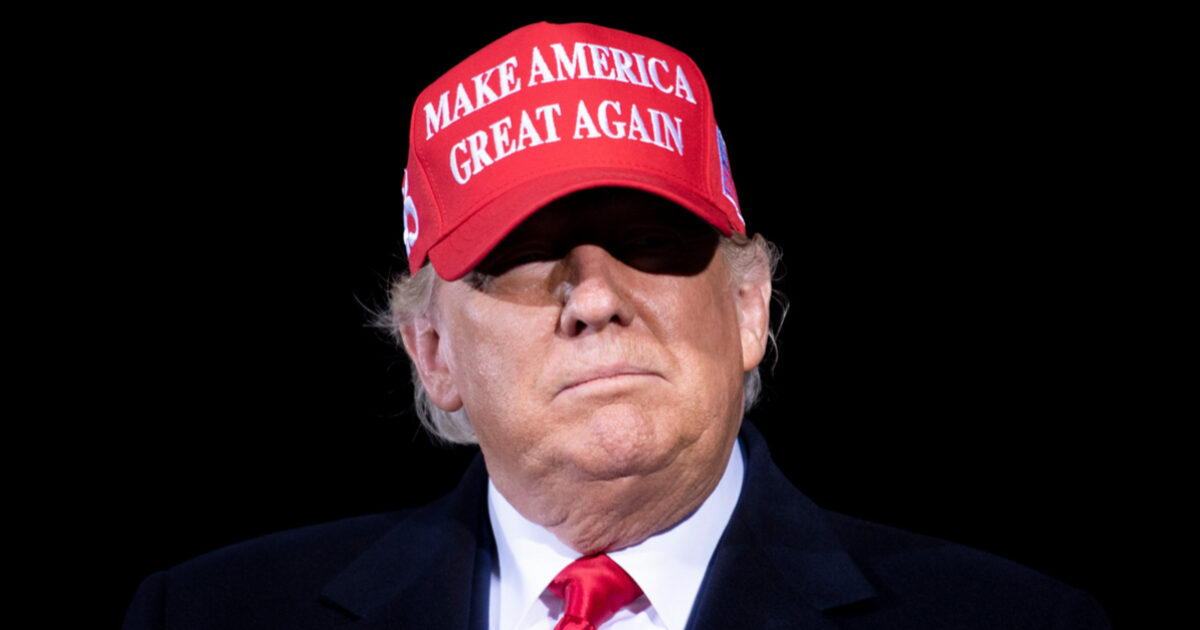 As his time in the Oval Office came to a close, Donald Trump began to develop some serious doubts about the way in which American elections are held, and whether or not the system is sustainable.

These worries have continued long after he stepped away from the West Wing, as The Don continues to suggest that the contest was stolen from him – a claim that a great many of his supporters share as well.

Now, as he plots his next move, the former Commander in Chief has a worrisome warning for this great nation of ours.

In an email to his supporters, Trump said the Department of Justice has “no choice” but to “look at the massive voter fraud” that took place during the 2020 presidential election.

“The Department of Justice (DOJ) is adding more people onto its roles in order to fight against efforts to limit voting and, I assume, other illegal voting acts,” he wrote in the Saturday email.

“Based on that it would seem the DOJ has no choice but to look at the massive voter fraud which took place in certain Swing States, and I assume elsewhere, during the 2020 Presidential Election Scam,” the former president continued, listing a number of ways voter tallies could have been compromised: “whether it be voting machines, underaged people, dead people, illegal aliens, ballot drops, ballot cheating, absentee ballots, post office delivery (or lack thereof!), lock boxes, people being paid to vote, or other things, the 2020 Presidential Election is, in my mind, the Crime of the Century.”

“It will only get worse,” he predicted, saying “the voting irregularities and fraud of that election must be brought to light, immediately.”

“Otherwise, we have no Country, certainly not a great one! This should not be an attempt by the Biden Administration to suppress the accountability of a dishonest election. That cannot be allowed to happen, nor can the events of the Presidential Election,” he said.

Trump wrapped up the letter with optimism, stating that hopes “courage will prevail”.

It is only a matter of time until the mainstream media suggests that this “courage” line is somehow some sort of “incitement”.