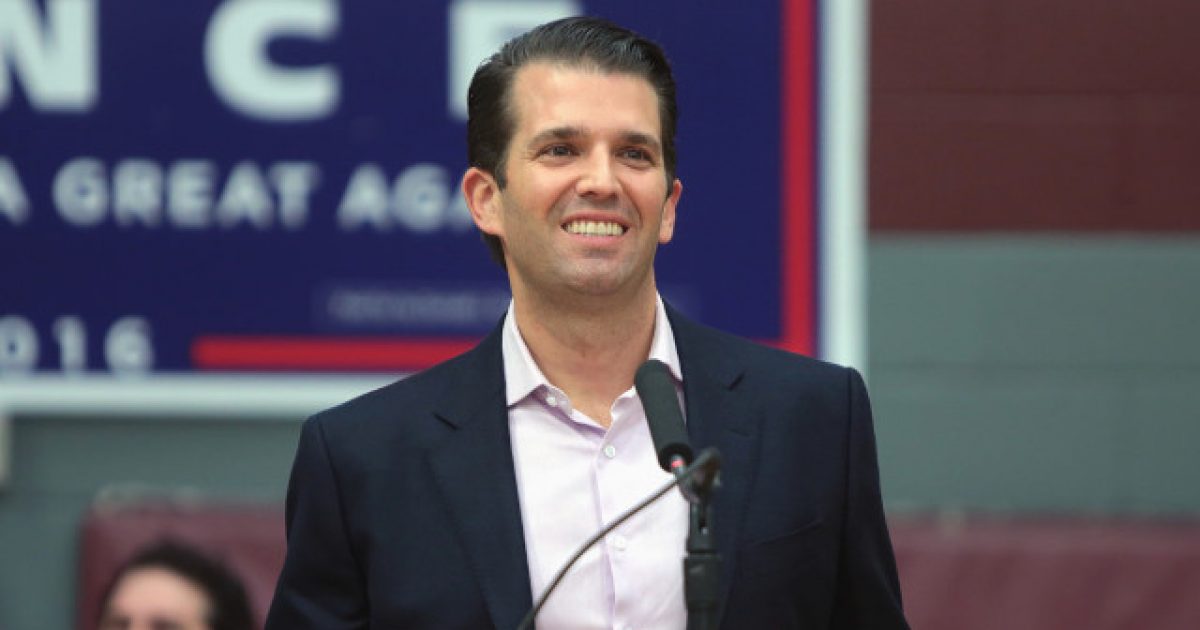 Donald Trump Jr. is out and about on the campaign trail right now, supporting GOP candidates from Nevada to North Carolina, Georgia to Michigan. And boy, oh boy, is he drumming up a lot of financial support for these folks along the way.

Trump Jr. is hitting the Democratic Party challengers in these areas where it hurts them the most, ensuring that pressure is continually applied to the candidates in order to assist those he’s supporting.

According to Real Clear Politics, heading into the election Democrats safely have 44 seats in the Senate, while Republicans safely have 50. If that holds true, Democrats will not win the 51-seat majority they’ve been so sure they would win in a “blue wave.” The six remaining “toss-up” seats are all in red or purple states.

Among the Democrats who have become increasingly vulnerable post-Kavanaugh Trump Jr. has targeted are Missouri’s Claire McCaskill, Indiana’s Joe Donnelly, Arizona’s Kyrsten Sinema, Tennessee’s Phil Bredesen, West Virginia’s Joe Manchin, and Montana’s Jon Tester. Here are some of the tweets Trump Jr. has pushed out to his three million followers over the last week:

Sorry, Senator, you're just not one of us. You're one of them. #INSen pic.twitter.com/VKRq7dGKO8

Bredesen Campaign Staffers Say He Lied About Saying He Would Vote to Confirm Kavanaugh #TNSen https://t.co/XXtLmA3fzl

Now, Claire is caught telling supporters that she doesn't care about getting rural votes.

Maybe that's why she didn't want a camera in her town hall… ???? #MOSen pic.twitter.com/RrWjNCNlhZ

I’m sure all those Wall Street dollars that Jon Tester takes to make him the #1 recipient of DC lobbiest funds goes to benefit #Montana? Right???

Ha what a joke. Time for a change! Vote ⁦@MattForMontana⁩ #mt #mtpol https://t.co/IE1pxrxWRx

At the end of the day, what Trump Jr. is doing is rather smart, proving that he’s just as savvy as his father at the political/business game. It probably won’t be long before you see him on the campaign trail for himself at some point in the future.

What’s really amazing about the upcoming midterm elections is how, by a combination of Trump’s stellar performance and the implosion of the Democratic Party at every turn, the left has stalled their own efforts and may have sunk their chances of having a “blue wave” in November.

WATCH: Another Pro-Life Woman in Toronto Physically Attacked. Here Are the Details.