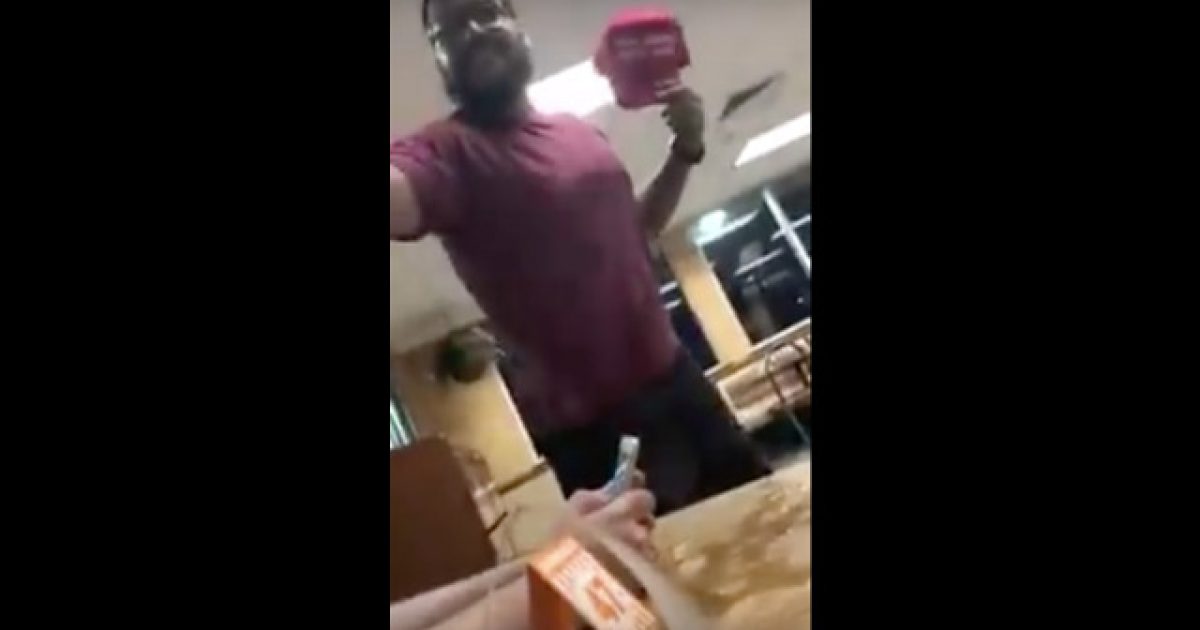 Hunter Richard, a 16-year-old, was assaulted by Kino Jimenez, a 30-year-old male, at a Whataburger restaurant in Texas, having a drink thrown in his face and his MAGA hat stolen all because he’s a fan of President Donald Trump.

Jimenez was arrested not long after the video captured of the incident went viral. In case you might have forgotten what happened, here’s video. WARNING: GRAPHIC LANGUAGE.

Well, as it turns out, news of the incident reached Donald Trump Jr. who decided to do something nice for this young man, and it’s pure awesomeness.

“Teen who made national news after having #MAGA hat stolen at a San Antonio fast food restaurant just got this in the mail. A hat signed by @realDonaldTrump,” Joe Gallow wrote on Twitter.

#Update: Teen who made national news after having #MAGA hat stolen at a San Antonio fast food restaurant just got this in the mail. A hat signed by @realDonaldTrump.

Hunter told News-4 that he was surprised by everything that happened after the attack.

Among those who commented was Donald Trump Jr., who retweeted a story about the assault.

“If someone can get me this young man’s information I’ll get him a new #maga hat… SIGNED by #potus!!!” he wrote on Twitter.

If someone can get me this young man’s information I’ll get him a new #maga hat… SIGNED by #potus!!! https://t.co/zHBz4gKpkf

This is what class looks like. It’s nice to see an act of kindness come out of such a horrific incident.

What folks like Jimenez don’t seem to understand is that you can disagree with someone’s political beliefs without resorting to violence, abusive language, and assault. Believe it or not, we can all find common ground with each other in our shared human experience, which is something we should always strive to do.

What Richard went through was inexcusable, thuggish behavior from an angry, unhinged individual who is immature and needs to start acting his age. Hopefully the punishment he receives for the assault will help produce better character.

President Trump Just Referred to Himself as a ‘Stable Genius.’ The Reason Why Totally Makes Sense