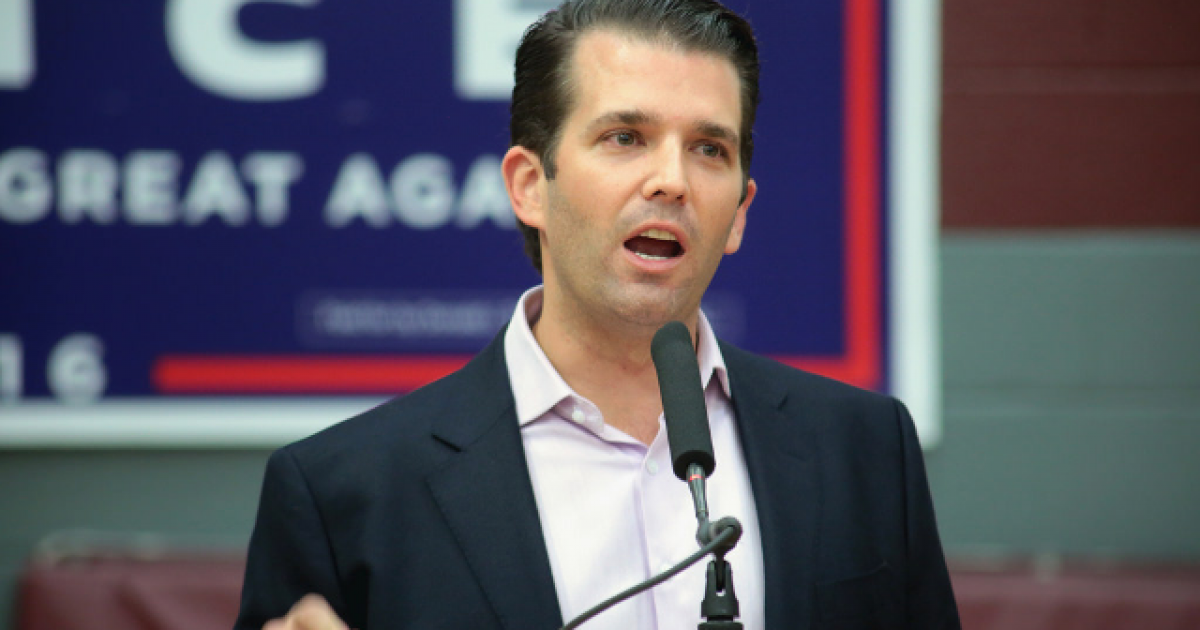 One of the biggest problems facing conservative news outlets right now is the obvious liberal bias that seems to be floating around a lot of the major players in the business.

These companies are no longer really just social networking platforms. They are now large parts of the dissemination of information, meaning that the vast majority of folks now get their news off social media sites, so when these sites put a muzzle on conservatives sites, that’s a whole different perspective that’s not being represented.

Well, Donald Trump Jr. might just have a solution for the problem.

In a statement to Axios, Trump Jr. said that he would back a “conservative, Facebook-like social network” if it were created to compete with Facebook and other social media platforms.

Mike Allen of Axios tried to get Trump Jr. to consider the possibility of using the resources of President Donald Trump’s 2020 re-election campaign to create the alternate platform, but he called for others to create it.

“I’d love to do it,” Trump Jr. said. “But what I would prefer is, take one of the two Silicon Valley conservatives and let them start it. And then I’d help promote the platform and be all over that.”

Allen called the idea of “tribal news delivered via tribal pipes” a “scary thought,” and added that a Trump adviser told him to consider the possibility of the president using his Twitter presence to help publicize such a right-wing social media forum.

This discussion comes hot on the heels of President Trump making some rather hard remarks toward Facebook, Twitter, and Google for the suppression of conservative voices on their platforms.

Google search results for “Trump News” shows only the viewing/reporting of Fake News Media. In other words, they have it RIGGED, for me & others, so that almost all stories & news is BAD. Fake CNN is prominent. Republican/Conservative & Fair Media is shut out. Illegal? 96% of….

….results on “Trump News” are from National Left-Wing Media, very dangerous. Google & others are suppressing voices of Conservatives and hiding information and news that is good. They are controlling what we can & cannot see. This is a very serious situation-will be addressed!

It’s more critical now than ever for conservatives to stand up boldly for the right of free speech and for their voices to be heard across these large platforms.

If only one side of the story, one perspective, is presented then people could be easily misled by those who have something to gain by spreading lies and deceit, especially since that seems to be the majority of liberal progressives on the political scene right now.

Let’s hope something is done about this mess and that all voices are given a platform to be heard.

The Disgusting, Sexually-Charged Way This Netflix Show Mocks Christianity Will Make You Sick