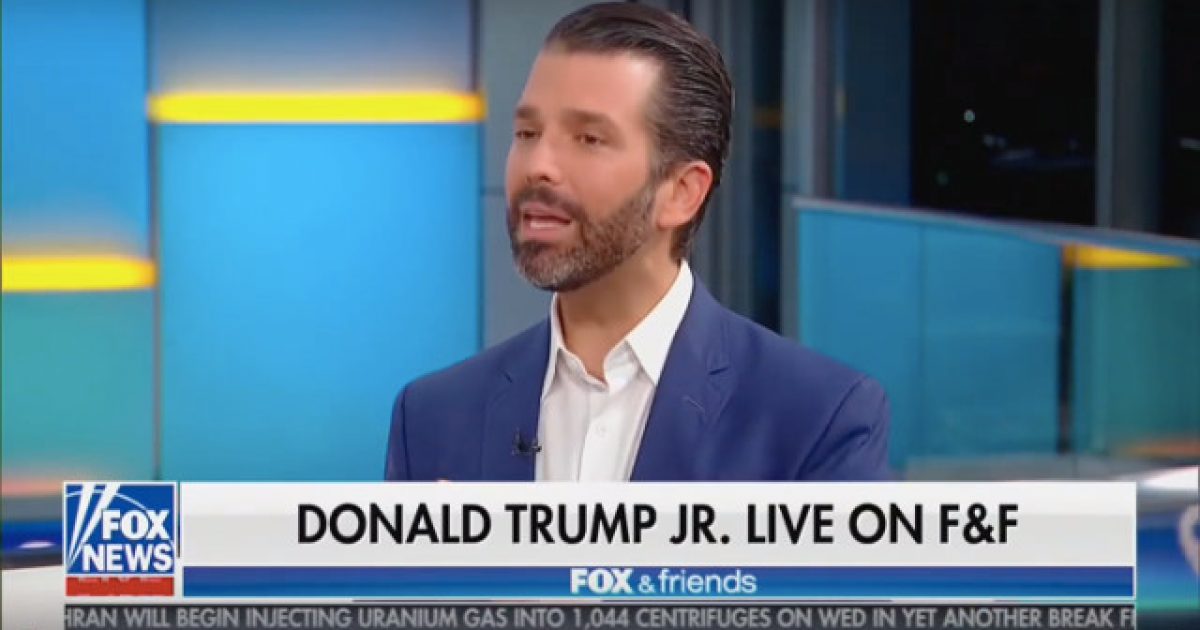 Donald Trump Jr. recently came out and made a statement about modern Democrats saying they would likely consider former President John F. Kennedy part of the far-right today based on his political ideology, compared to the current belief system held by the Democratic Party.

Trump Jr. made an appearance on “Fox & Friends” to promote his new book, “Triggered.” During the interview, the panel had a chat about the political gridlock in America that’s prevented issues such as the USMCA agreement from being voted on by Congress.

“The reality is, this isn’t your grandfather’s Democrat Party. If you look at their party platform, it’s not for working-class Americans. JFK would be an alt-right, Neo-Nazis terrorist according to them today,” the president’s son claimed.

“But it’s also not your grandpa’s Republican Party,” co-host Steve Doocy pushed back.

“I think it’s changed,” Trump Jr. responded. “Now, for the first time in 50 years, Republicans are actually fighting back. They’re not just taking the loss because the mainstream media does the pile-on. They’re not just taking the loss, because Hollywood and pop culture says you’re terrible people for having, for clinging to your guns, your bible, your religion, and all of those things. We said, hey, we have a fighter in the White House. We’re actually pushing back for the first time ever and making gains, which is incredible.”

Division In America Over Impeachment Worse Than Nixon: 87 % Of Democrats Want To Impeach, 92 % Republicans Don’t