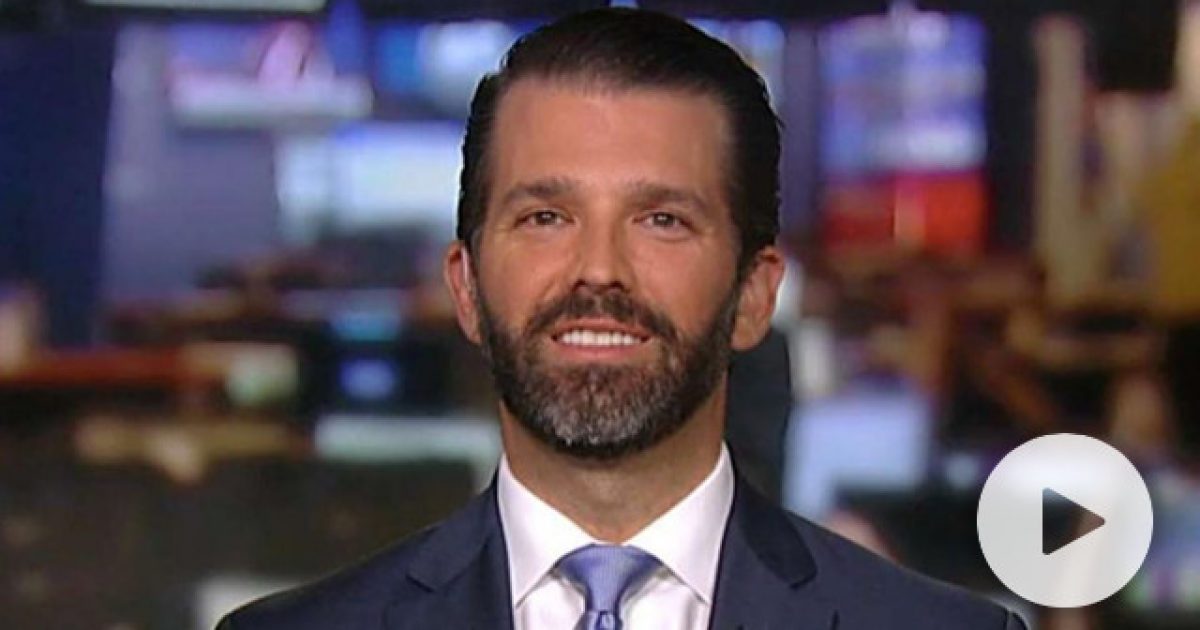 Donald Trump Jr. was not at all impressed with the first day of public hearings in the impeachment inquiry against his dad, President Donald Trump, noting that he’s “never seen anything more ridiculous.”

The first day of hearings wrapped up without a single drop of new major revelations. Speaking on “Hannity,” Trump Jr. noted that while nothing major was revealed, the whole day showcased the weakness of the case Democrats have against his father.

“You see exactly what America voted against in 2016, career government bureaucrats doing their thing,” the executive vice president of the Trump Organization said.

At one point in Wednesday’s hearing, Rep. Mike Quigley, D-Ill., even appeared to embrace hearsay testimony, claiming that “hearsay can be much better evidence than direct” and that “countless people have been convicted on hearsay because the courts have routinely allowed and created, needed exceptions to hearsay.” It was unclear which of those limited exceptions would apply to Wednesday’s testimony — and whether Quigley’s argument would persuade critical swing-vote Democrats.

Trump commented on Quigley’s statements telling Sean Hannity, “Then I heard the Democrats, and this is when you realize how bad or, frankly, nonexistent their case is, ‘well hearsay is often times much better than regular evidence.’ I’m saying, ‘did that guy say that with a straight face?’”

Trump then went on to compare Quigley’s comments to “the telephone game we learned about in kindergarten.”

Can you believe this insanity? “Heresay can be much better evidence than DIRECT EVIDENCE” according to Democrat Mike Quigley. Are you fricken kidding me? 3rd and 4th party info better than hearing it yourself? pic.twitter.com/K8WVcPhv7v

In order for House Democrats to impeach the president they will need 217 yeas out of the 431 current members. There are currently 233 Democrats, so they can only afford to lose 16 votes. Any more than that and the whole thing is dead in the water.

Now, 31 of those Democrats are moderate and represent districts carried by Trump.

Trump Jr. also told Sean Hannity that liberals are “not looking to govern, they’re not looking to do anything, they are looking to try to resist. Because they know they can’t beat Trump in the polls, they’re going to try to impeach and it’s not going to work in the long run and the American people see through it. They are sick of this garbage.”