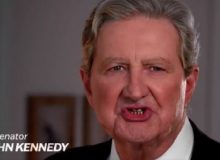 As Donald Trump continues to face a myriad of political and legal threats ahead of his probable 2024 run for the White House, a surprise visit to the nation’s capital has sparked speculation about his potential indictments.

Legal experts have been split as to whether or not Trump will or should be charged with a crime stemming from his allegedly illegal storage of purportedly classified documents at his Mar-a-Lago estate in Florida.  Trump has denied any ill-will, however, stating that the documents in questions had been declassified by him before leaving the White House.

Now, as the former President makes an unannounced trip to Washington DC early this week, some are wondering if an arrest is imminent.

Donald Trump made a surprise and unannounced visit to Washington D.C. on Sunday, prompting speculation and rumors about the reason for his trip.

A video of Trump arriving at Dulles Airport in Virginia, an airport frequently used by those heading to the capital, was posted online by freelance reporter Andrew Leyden.

The former president can be seen getting out of a plane and heading into a vehicle waiting on the asphalt. Trump appears to be wearing golf shoes and a white polo top.

The trip seemed slightly out of character.

Trump, who has only visited Washington D.C once since he left the White House in January 2021, made no mention of the trip on Truth Social, the social media account he frequently posts on, or via any other statement.

The surprise visit has resulted in a range of theories being shared online. Some have suggested that Trump may be in D.C. because he is due to be arrested by the Department of Justice, or that he may be visiting the Walter Reed hospital for health reasons.

Trump potentially faces a number of indictments in connection with the January 6 attack and his alleged attempts to overturn the 2020 election results. He is also facing an FBI investigation into claims he mishandled classified documents seized from his Mar-a-Lago resort, and then allegedly attempted to obstruct the inquiry.

Many have suggested that Trump being dressed in golf attire suggests the visit was not planned, or needed to be taken at a moment’s notice.

As of this writing, no reason for the trip has been provided.

Andrew West
As a lifelong advocate for the dream promised us in the Constitution, Andrew West has spent his years authoring lush prose editorial dirges regarding America's fall from grace and her path back to prosperity. When West isn't railing against the offensive whims of the mainstream media or the ideological cruelty that is so rampant in the US, he spends his time seeking adventurous new food and fermented beverages, with the occasional round of golf peppered in.
The Schaftlein Report | Are you better off now than 2 years ago?
US Purchases $290 Million Worth of Anti-Radiation Medicine
Bombshell Report Say Feds Have Sufficient Evidence to Charge Hunter Biden
WATCH: Russian Tanks Flies White Flag, Surrenders to Ukraine
VIDEO: President Drops F-Bomb in Latest 'Dark Brandon' Stunt
See more...
Advertisement

…and the international blame game has begun.