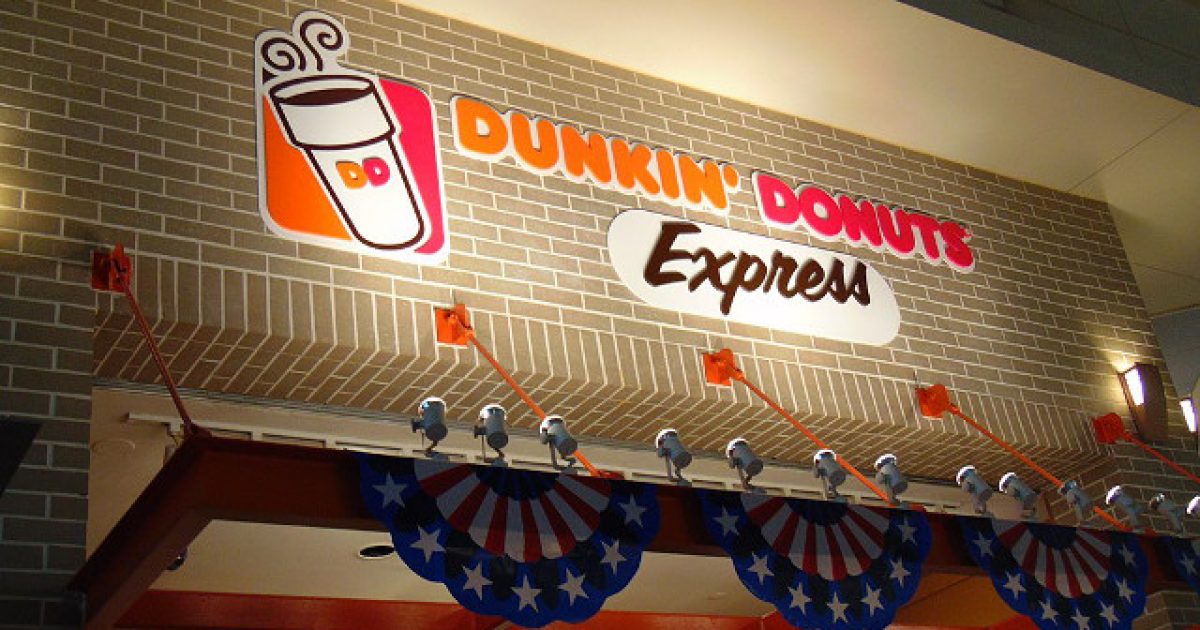 A Dunkin’ Donuts employee discovered the hard way that displaying your politics publicly while you’re on the job, especially when they involve denying service to police officers, is a really bad idea.

The owner of a franchise learned of an incident where an employee wouldn’t serve an on-duty law enforcement professional promptly responded by giving them a swift boot to the backside.

Here are the details.

According to WJW-TV, the cop involved in the incident was Officer Frank Garmback.

The station reported that Garmback approached the counter to order an iced coffee but was immediately rejected.

A family member spoke to WJW, who recalled the incident on Garmback’s behalf.

“He wanted an iced coffee,” the family member said. “Walked up to the counter and the gentleman told him, ‘I don’t serve cops,’ and turned his back and walked away.”

According to WJW, Paul Patel — the shop’s owner — said that he fired the employee that very same day.

“I came in right away, and we got rid of him,” Patel told WJW. Patel noted that the employee tried to pass the service refusal off as a joke when confronted.

This is a prime example of a shop owner expressing his beliefs in the free market, running his business as he sees fit. In all honesty, principally speaking, there’s nothing wrong with a company choosing to deny anyone service. However, just because they have the right to do so, that doesn’t always mean it’s morally correct to take that course of action.

Regardless, the employee was not the owner of the establishment and thus his refusal to serve wasn’t based on the wishes of the person in charge of the shop. The owner doesn’t want that kind of thing in his store, therefore he fired the employee.

Being a police officer is a very hard job and these individuals sacrifice much for our community. Being kind to them isn’t somehow an inconvenience. It’s a delight that should be practiced by every member of the community.

VIDEO: Trump Says Who Wants to See as His Opponent During 2020 Election and It’s Hilarious