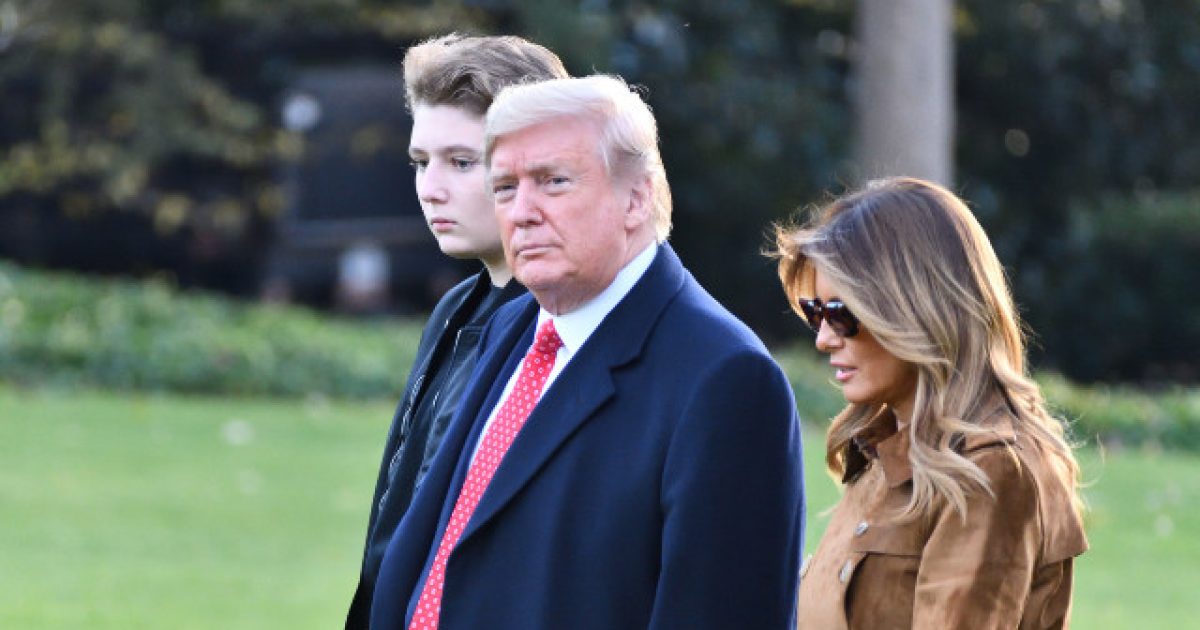 A Food Network host got an earful from the Office of The First Lady this week after he made a rather uncouth and tasteless comment about President Trump’s youngest son Barron.

John Henson, the host of Food Network’s Halloween Baking Championship, took to Twitter where he said, “I hope Barron gets to spend today with whoever his dad is.”

I hope Barron gets to spend today with whoever his dad is.

The remarks were immediately condemned by a statement released by First Lady Melania Trump’s spokeswoman, Stephanie Grisham, which read:

“Sadly, we continue to see inappropriate and insensitive comments about the president’s son. As with every other administration, a minor child should be off-limits and allowed to grow up with no judgment or hate from strangers and the media.”

Grisham discredited Jordan’s book as “belonging in the fiction genre.”

A child, especially a minor, needs to be left out of political discussion. Period. It wasn’t cool when some conservative folks started saying things about the Obama children. It isn’t cool do say things about Barron Trump either.

If you have an issue with a president’s policies, address those policies and beliefs. The children of these men cannot help who their father is, nor did they ask to be thrust into the spotlight.

We can all have some class and leave them alone.

The Unintended Consequences of the COVID-19 Shutdown — Increased Addiction (Opinion)