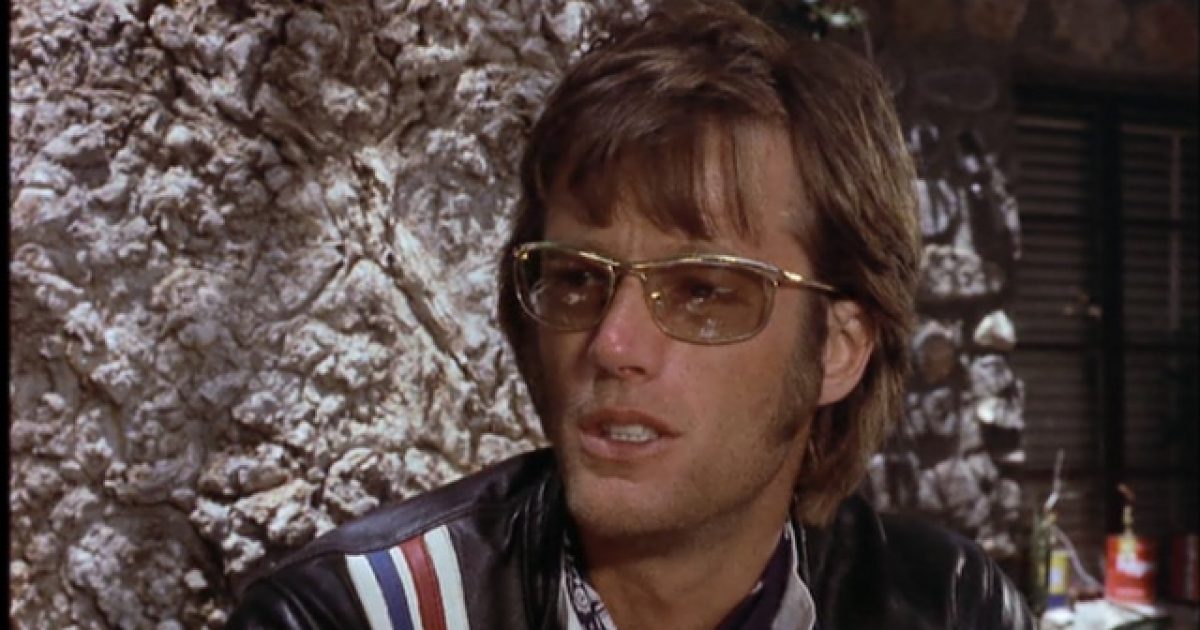 Liberal Hollywood actors come in two flavors: nuts and extra nuts. Turns out legendary thespian Peter Fonda falls into the latter category, which isn’t all that surprising when you take into consideration that his older sister is “Hanoi Jane” Fonda.

However, what Fonda stated about President Trump’s son, Barron, out of anger over the whole “separation of families” stuff concerning the administration’s immigration policies takes sick to an all-time high.

According to Fonda, 12-year-old Barron should be “put in a cage with pedophiles.”

Fonda, 78, also called White House Press Secretary Sarah Sanders and Secretary of Homeland Security Kirstjen Nielsen “g***es,” which he noted is “much worse than c***.” Sanders should have her children ripped from her and given “to Stephen Goebbels Miller for safe keeping.” He called for the stripping and whipping of Nielsen, too. Additionally, Fonda suggested ICE agents be doxxed and anti-Trumpers find out where their children go to school and harass them.

“WE SHOULD RIP BARRON TRUMP FROM HIS MOTHER’S ARMS AND PUT HIM IN A CAGE WITH PEDOPHILES AND SEE IF MOTHER WILL WILL STAND UP AGAINST THE GIANT A**HOLE SHE IS MARRIED TO. 90 MILLION PEOPLE IN THE STREETS ON THE SAME WEEKEND IN THE COUNTRY. F***,” he wrote.

The actor was reacting to the disastrous situation at the Southern border, where children are being detained when their parents cross the border illegally. Nearly all the same policies were enacted during the Obama Administration, too, though Fonda oddly did not suggest the Obama girls be put in cages with pedophiles.

It’s more than a protest! 90 million people in the streets on the same weekend works. I can’t be the organizer for they’ll arrest me for conspiracy to commit sedition. This must be like a spontaneous event without seeming to be organized by me and we have to make this happen NOW https://t.co/be9IDUN15c

It seems safe to assume here that Fonda is having some sort of mental breakdown, likely due to a lifetime of mixing illegal substances, too much news media consumption, and reading Saul Alinsky’s Rules for Radicals once a month.

Seriously. It seems like Fonda has gone off the deep end and really needs to see a professional and get some help. When you start demanding people harass other folks over political matters, breaking the law in the process and stalking their children, you’ve crossed the line from activism to full on psychopath.

Let’s hope Fonda gets enough pushback from the court of public opinion that he realizes how nuts he sounds and tones it down a little. He can share his opinions all day long, but drop the talk of stalking and harassment.

Hillary Clinton Puts Trump on Blast Using Scripture, Then Uses it to Fundraise