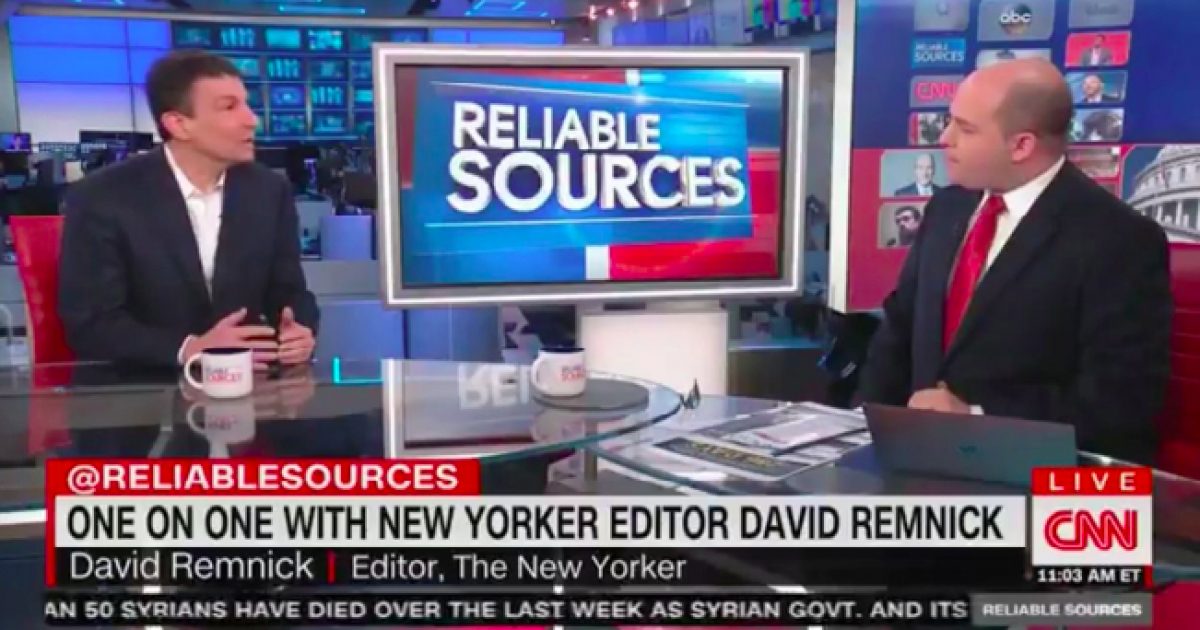 There are a lot of different reasons the left is so adamantly pursuing after the impeachment of President Donald Trump. They know that with the weak field of candidates the Democratic Party has to offer, there’s not much of a chance of defeating in him in the 2020 election.

Another is that perhaps the Democrats are terrified of SCOTUS Justice Ruth Bader Ginsburg passing away with Trump in office and him getting to appoint another conservative to the bench?

However, editor of New Yorker magazine, David Remnick, has a different reason why Trump should be booted from office. It has to do with the future of the earth.

Check out the details from TheBlaze:

“The stakes here are immense. It’s not just about the political future of one man, Donald Trump. It’s about the future of democracy and democratic process, and this is a trend throughout the world,” Remnick said on CNN’s “Reliable Sources.”

“It’s about the future of the Earth,” he declared.

The New Yorker’s David Remnick on Trump’s impeachment: "It’s about the future of the Earth" pic.twitter.com/L60TolfNv6

Remnick then went on to say that the poll numbers indicating that Americans are not all that on board with impeaching Trump don’t have all the facts.

“Right now, you have a country that is split, and to the great frustration of people like you and people like me, we don’t somehow understand. We don’t understand why the evidence of things, why facts don’t penetrate so many of our brothers and sisters in the United States of America. And this is a source of great frustration for the press,” Remnick stated.