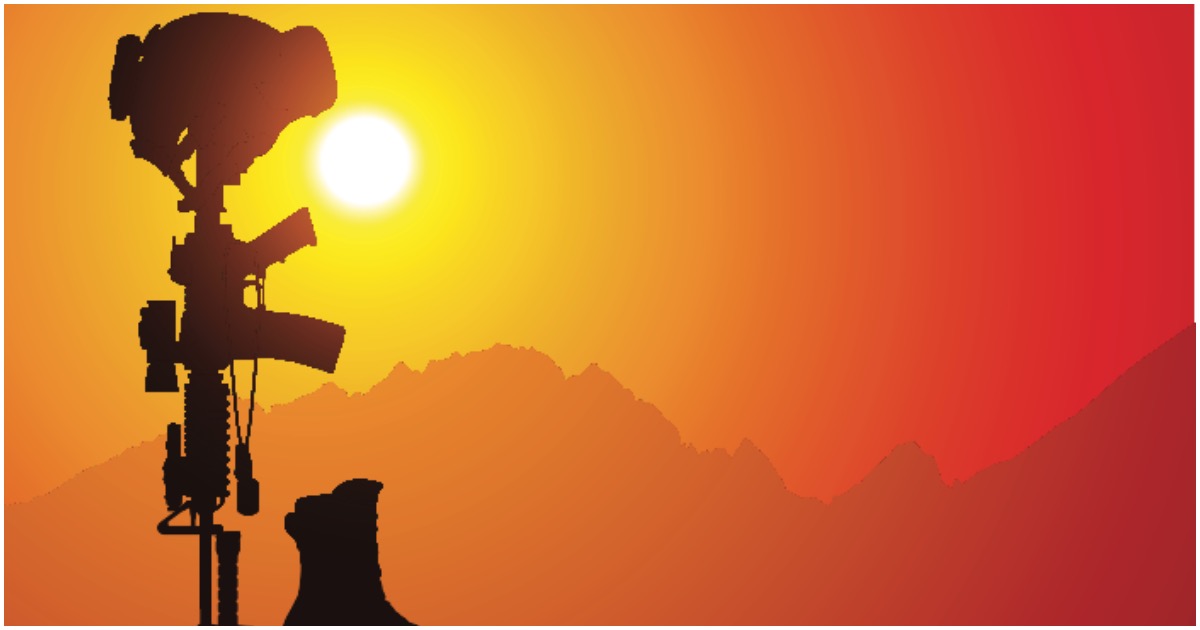 Life is tough for America-loving, pro-Trump, pro-military students in school these days.

It’s not President Trump’s fault. It’s the mainstream media’s fault for portraying 45 as a monster.

That much couldn’t be more clear.

Eighth grader Tyler Carlin needed an idea for a history project. He chose to create a replica of the battlefield cross, which is used on the battlefield or at camp to mark the death of a fallen soldier.

Carlin told Fox News that his teacher knew he would be making the replica and said it would be alright. But when Carlin showed up to his Ohio school with his project — made from a helmet, boots and a Nerf dart gun — it was promptly taken away. He also said he was given a 3-day in-school suspension.

Suspended for…showing some pride? For what, exactly, really?

When is enough ever going to be enough?

Liberal educators have just gone way over the top with all their nonsense.

“I just sat in a room all day. An administrator thought it was stupid that I got this, so she brought me a doughnut and played cards with me,” he said on “Fox & Friends.” His attorney, Travis Faber, is demanding the school expunge the “ridiculous” suspension from the middle school student’s record and had asked the school to delay Carlin’s suspension — to no avail.

“We are greatly concerned about the message the actions of the Celina School District will send to our community’s youth,” Faber told WTOL. “He [Tyler] should be thanked for his hard work and dedication to our veterans and to those who have made the ultimate sacrifice for our country.”

Trump gave a rousing speech at this year’s CPAC event that had conservatives cheering.

Students Oppose New Police Chief After He LIKED Conservative Tweets, May Be Pro-Trump