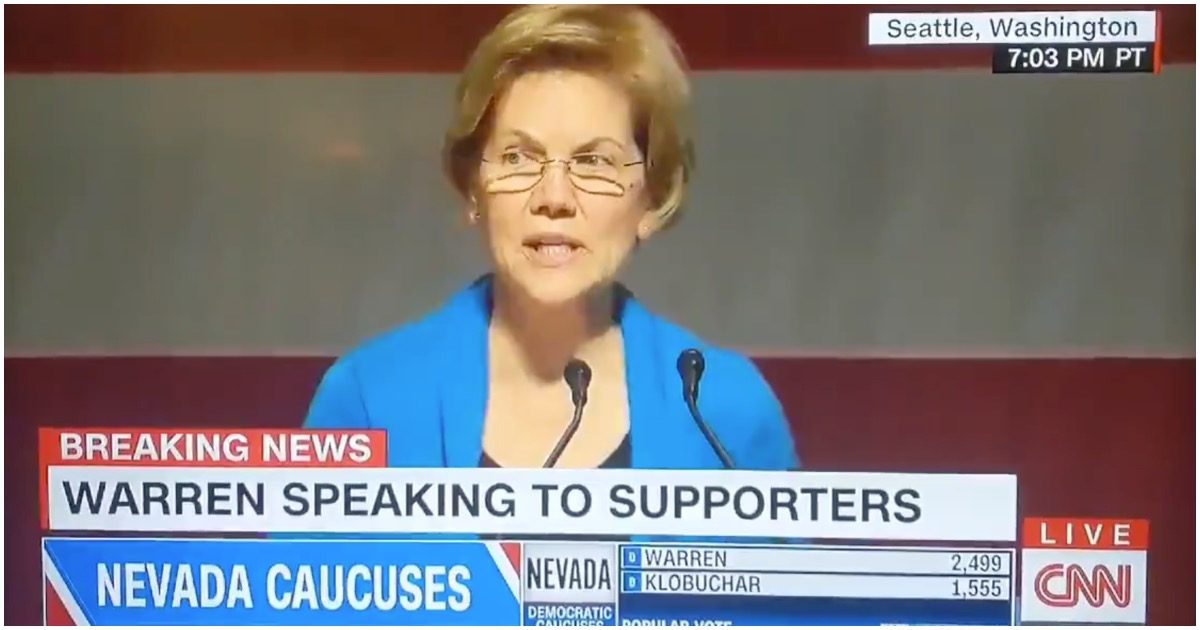 President Trump gave 2020 Democrat presidential candidate Michael Bloomberg the nickname “Mini Mike.” The reason is obvious. The guy never had a chance of playing center for the New York Knicks.

Now, funny enough, fellow 2020 hopeful Elizabeth Warren (MA) is going after Bloomberg over his stature. Why she would do this when liberals have made it clear they don’t like the way POTUS talks to people makes little sense.

But it happened. And there’s video.

On Tuesday, Warren appeared completely embarrassed when she was caught on camera exiting a private jet.

For some reason, the Massachusetts senator thought she was invisible and decided to hide behind a staffer.

It was quite a sight.

Democrat presidential candidate Senator Elizabeth Warren was caught flying a private plane to Iowa on Monday and, when she realized that she was being recorded, ran and hid behind a staffer.

The best part of this video is that after Elizabeth Warren realizes she's been caught on camera exiting a private jet.

She attempts to hide behind her staffer. As if that would work. 🤣🤣🤣 pic.twitter.com/WVtCOaVphK

“There’s a camera to your right, No don’t look at the camera!”

It's funny that she ducked. If she were asked about private jetting and answered "It's just not possible to campaign in a national contest flying commercial" I would respect that answer

She can run but she can’t hide.

It sure appears that way, the lady isn't known for shying away from cameras now is she?

Remember: Bernie Sanders Says Ocasio-Cortez Will Be Key Piece of His Administration