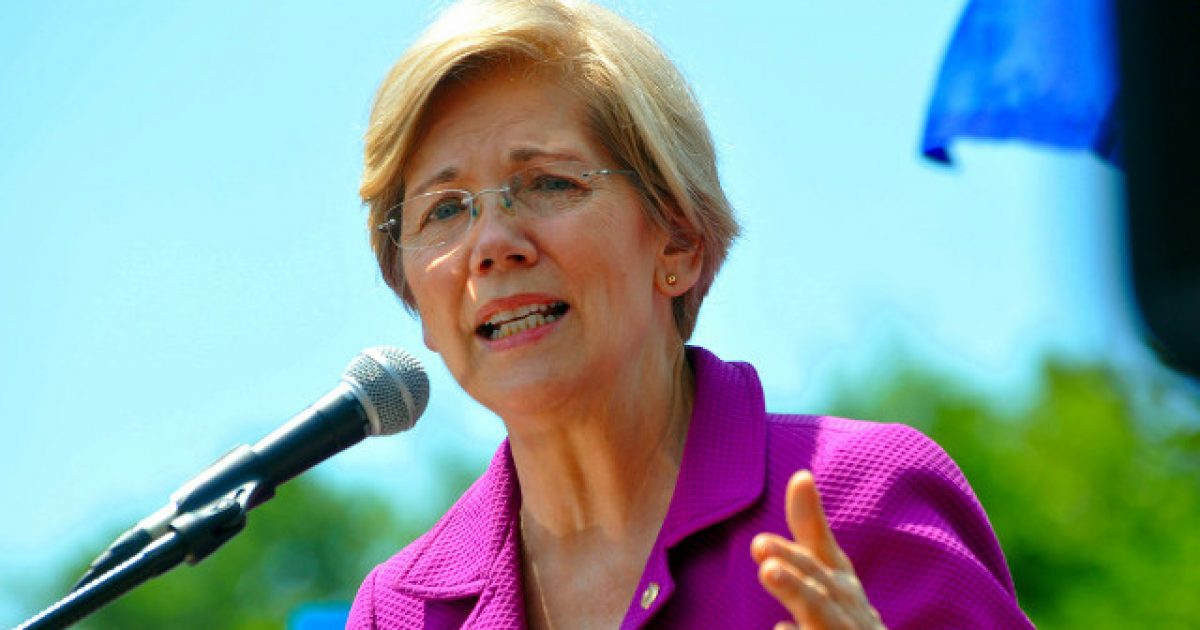 Remember back in the day when Sen. Elizabeth Warren claimed she was of Native American heritage, though she can’t prove it. This little comment has earned her endless scorn and one line zingers from President Trump and other conservatives, and rightfully so.

Well, as strange as that whole thing was, she’s made a new claim about her history and this one is even more far-fectched. She claims she’s a capitalist.

Go ahead. Don’t stifle your hysterical laughter. Let it all out.

Speaking to the New England Council, at an event typically used to springboard candidates into a national campaign, Warren said she believes in markets and trade, while highlighting a bankruptcy policy change she offered back in 2009.

“I am a capitalist to my bones,” Sen. Warren tells New England Council, one of several instances this morning where she’s highlighted her belief in capitalism and markets while talking bankruptcy policy #mapoli

Warren has styled herself as a “bankruptcy expert,” but her proposals to reform the bankruptcy process have been routinely demolished by economists more familiar with the subject. She also regularly claims not to be opposed to “capitalism” per se, but to “crony capitalism,” though her solution isn’t freer markets and fewer regulations, it’s a quasi-socialist collection of monetary policies that publish those who make money, and provide handouts to those who don’t.

But Warren, who is obviously running for President in 2020, is trying to rehab her public image, and in addition to cozying up to Native American tribes, she’s also trying to cozy up to moderates who fear the term “socialist” as a way to describe policy.

The problem is, of course, she’s losing her core constituency: the socialists.

Obviously Warren is having some sort of political identity crisis. Either that or she’s completely clueless about what it actually means to be a progressive. If you support massive government interference in the free market then you are most definitely not a capitalist.

You can’t claim to be economically liberal and all gung-ho for a free market system. The two are opposed to each other at the most fundamental level. It’s like claiming a human being born with male DNA can just up and say he’s a woman, or a cat who thinks he’s also a dog. Oh. Wait. Progressives try to do that too.