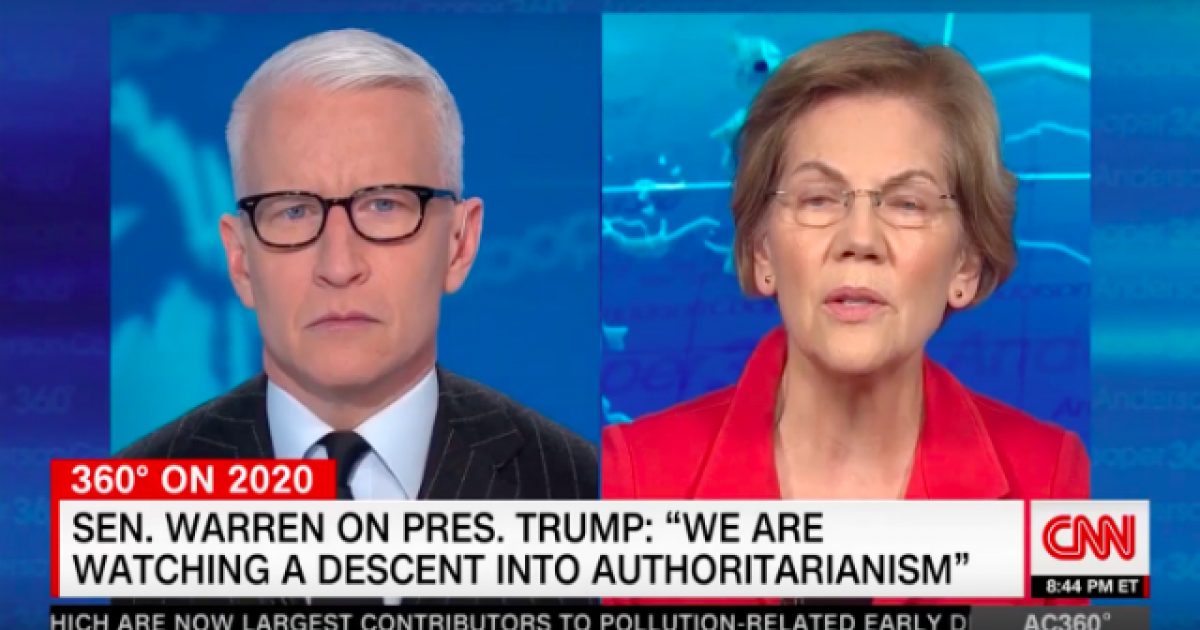 Sen. Elizabeth Warren, a presidential candidate who was an early favorite but has been floundering in the primaries, is showing her desperation lately, particularly when she appeared on CNN and stated that Attorney General William Barr needs to either resign or be impeached.

This is not the kind of smart statement that is made by someone who is confident in their ability to win an election. No, comments like this are made when someone is frustrated and looking to bolster their campaign by saying all the things they think others want them to say.

A writer from the Washington Examiner touches on this desperation:

Warren’s latest act of desperation involves a nakedly cynical attempt to cash in on the Democratic base’s anger over the Justice Department’s recent reversal on Roger Stone’s sentence.

“You know,” the Massachusetts senator told CNN’s Anderson Cooper Wednesday after dismissing questions about her flailing campaign, “right in front of our eyes, we are watching a descent into authoritarianism. And this just seems like a moment to me everybody should be speaking up.”

She added: “Understand, right now, we should all be calling for the attorney general to resign. What Barr has done should mean that we are demanding a resignation, and if that guy won’t resign, then the House should start impeachment proceedings against him.”

This isn’t the only time that Warren has acted out of desperation this week. On Wednesday, Warren reminded everyone of her promise to put together a task force to investigate and prosecute President Trump when he’s out of office.

“I am the only candidate to propose an independent DOJ task force to investigate crimes by Trump administration officials,” Warren said on social media. “Every Democratic candidate must commit to it – so Trump officials know they will be held accountable by career prosecutors once he is out of office.”

Warren went on to add, “Congress must act immediately to rein in our lawless attorney general. Barr should resign or face impeachment. And Congress should use spending power to defund the AG’s authority to interfere with anything that affects Trump, his friends, or his elections.”

These are the death throes of Warren’s presidential campaign. At this point, it seems likely she has zero chance of nabbing the nomination, and she probably knows it.

However, Warren is stubborn and refuses to let go and give it up, hence the very melodramatic statements and promises. It’s almost sad to watch.