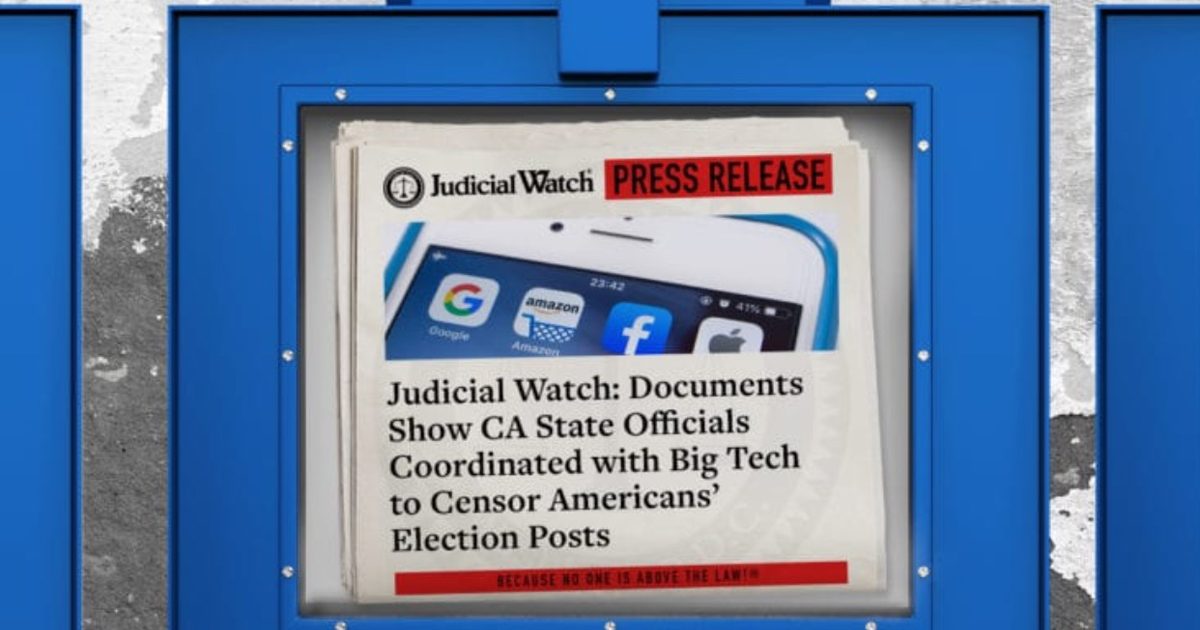 A cache of emails obtained by a Freedom of Information Act request shows that Big Tech companies colluded with Democrats to censor conservatives leading up to the 2020 elections.

The group of 540 pages of documents were obtained by government watchdog group Judicial Watch and show how Big Tech cooperated closely with California Democrats and the state’s secretary of state’s office to censor reports on vote fraud.

Jenna Dresner, who works as senior public information officer for the Office of Election Cybersecurity, agreed that the Calif. Sec. of State used his influence to tell Big Tech how to destroy the First Amendment rights of Republicans amid an election.

“We don’t take down posts, that is not our role to play,” Dresner exclaimed. “We alert potential sources of misinformation to the social media companies and we let them make that call based on community standards they created.”

Judicial Watch added that the state government has targeted Judicial Watch content, falsely claiming it is “misinformation” and demanding that social media companies remove their posts.

“These new documents suggest a conspiracy against the First Amendment rights of Americans by the California Secretary of State, the Biden campaign operation, and Big Tech,” said Judicial Watch President Tom Fitton.

“These documents blow up the big lie that Big Tech censorship is ‘private’ – as the documents show collusion between a whole group of government officials in multiple states to suppress speech about election controversies,” he added.

The emails show that California state officials sent a constant flow of messages to Big Tech companies such as Facebook, Google, and Twitter demanding that posts by Republicans and conservatives be quashed.

Naturally, Big Tech was only too happy to comply and to work to eliminate the free speech of the right.

The Schaftlein Report: Pre-State of The Union Analysis