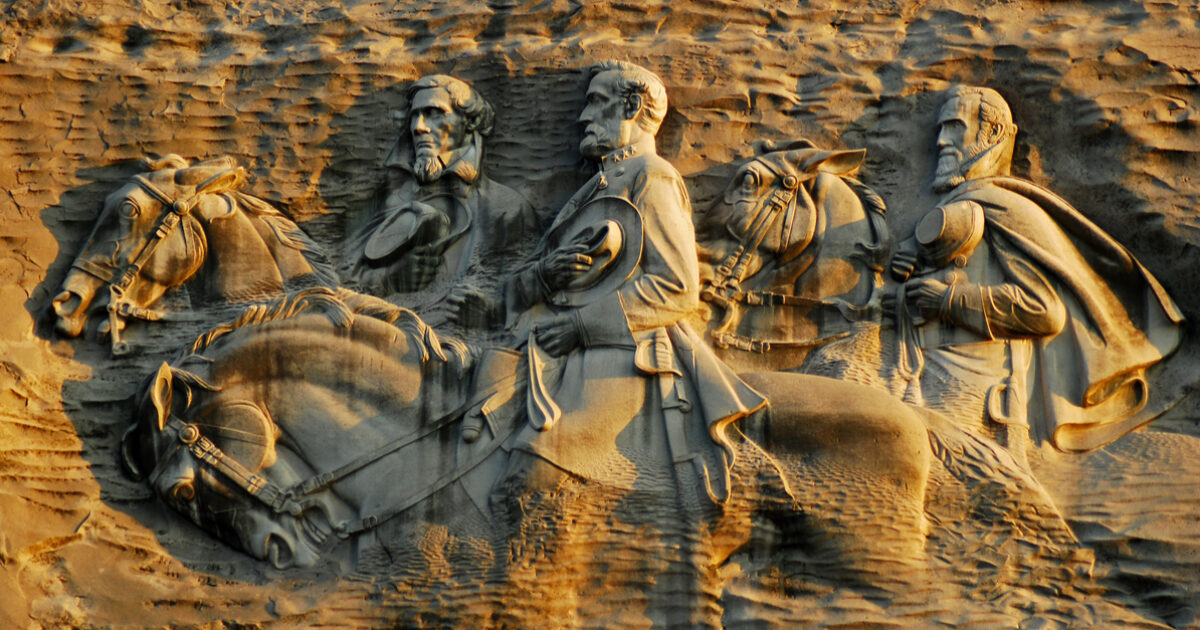 Over the course of the last several years, and with a vast acceleration in 2020, municipalities around the nation have been removing, renaming, and re-dedicating a number of Confederate monuments now deemed offensive in the wake of the Black Lives Matter Movement.

Not everyone is a fan of the move, however, with opponents often suggesting that this is a revision of history, and that these men were also American soldiers, in a way.

Now, one of the largest Confederate monuments in the world, the carving on the side of Stone Mountain in Georgia, is facing renewed calls for removal.

Crowds are growing larger at the monthly meetings of the Georgia board considering what to do about the giant carving of Confederacy leaders in Stone Mountain. But officials seem no closer to an answer. The Stone Mountain Memorial Association decided to make a few changes last month, but they weren’t enough to placate people who want the monument removed. A museum exhibit will tell the story of the carving, as well as the site’s ties to the Ku Klux Klan. But having to make those decisions could increase the volume and the pressure on the board, NPR reports.

Critics have pointed out that the carving is a modern piece, and not a relic of a bygone era.

“Where we go from there?” asked the board’s chairman, the Rev. Abraham Mosley. “I don’t know.” Putting the site in a Georgia context seems like a challenge. None of the three men—Confederate Gens. Stonewall Jackson and Robert E. Lee, and Confederacy President Jefferson Davis—was from the area, and no battles were fought there. As a piece of history, it’s not that historic, having been completed in 1972.

The monument sits within Stone Mountain Park, an amusement park of sorts, that has lost a number of business partnerships in recent years as calls for the carving’s removal or revision have grown.