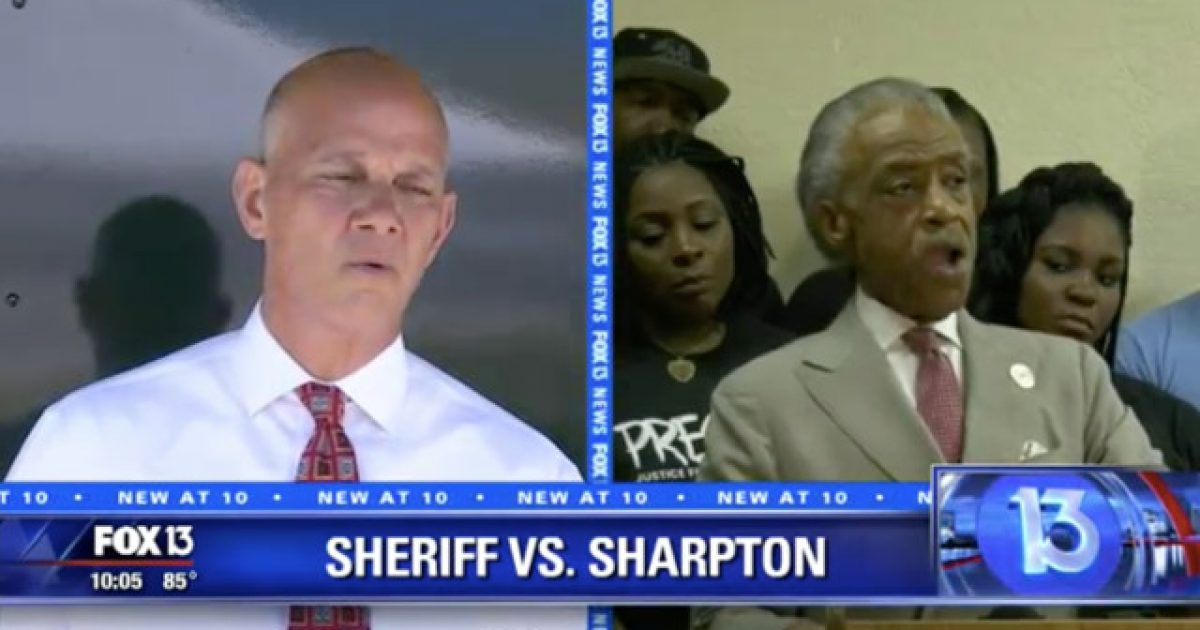 Race hustler Rev. Al Sharpton thought he was going to waltz right into Pinellas County, Florida and hold himself a rally, no doubt to stir up racial tensions and make a few bucks along the way.

Unfortunately for Sharpton, Sheriff Bob Gualtieri wasn’t having any of it. In fact, he told Sharpton to go home and “mind his own business.”

Now that, my friends, is satisfying.

The sheriff’s office has come under fire for not immediately making an arrest after McGlockton was shot dead in a Clearwater parking lot, Fox 13 reported.

Gualtieri says the shooter, Michael Drejka, wasn’t arrested because he feared for his life and claims he is protected under the state’s Stand Your Ground Law.

That didn’t stop Sharpton from marching down to Florida to hold a rally demanding that Gualtieri hand over his badge unless Drejka is arrested.

“It’s a bunch of rhetoric. I don’t pay much attention to it, to tell you the truth. I wasn’t there, and I don’t really care what Al Sharpton has to say,” the sheriff said. “Go back to New York; mind your own business.”

When Sharpton was asked about Gualtieri’s comments, his team pulled the race card and told the Tampa Bay Times that the sheriff’s comments are like “those of sheriffs out of the 1960’s that called civil rights leaders invited by victims ‘outside agitators.’”

You know, that’s one possible theory, but what seems more likely is that this sheriff is well aware of the kind of junk Sharpton tries to pull on a regular basis and how destructive his way of thinking can be to folks, so he opted to step up and stand against the man and uphold the law.

Sounds like the guy has a good head on his shoulders.

If Sharpton was really all about fighting against racism, why would he not call out the angry mob of Democrats who ran black conservative activist Candace Owens out of a restaurant? Oh. That’s right. He only sticks up for those who are already on his side. So much for the equal application of ideological principles, huh?