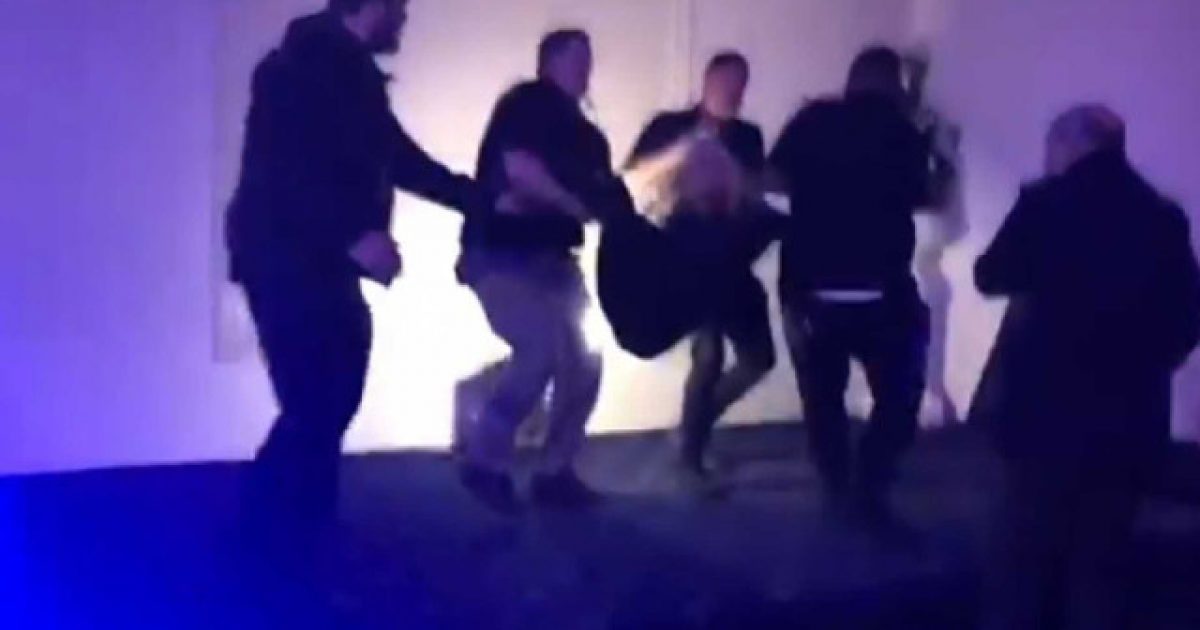 An Antifa protester in Australia attempted to rush the stage and attack Canadian conservative commentator Lauren Southern, a decision this foolish and mentally unhinged individual soon regretted after getting acquainted with security.

The main aggressor was later identified as Nita Habibi who was captured on camera rushing the stage and being wrestled down and forcibly removed by security personnel, along with several other obnoxious protesters. Habibi was shouting that she “loved refugees” and “loved Muslims” while being administered the boot.

“I love free speech,” Habibi told The Australian following her thwarted attack on Southern. “I wanted to interrupt the thing. I think it’s really dangerous what’s happening. Hate speech should be interrupted.”

In an issued statement, Habibi claimed Southern “spouts an extremely Islamophobic rhetoric that is nothing short of hate speech. She is a dangerous individual whose false views on Muslims stir up polarisation and violence. We have come here tonight to peacefully object to the promotion of hate.”

The young activist was kicking off a speaking tour in Melbourne with fellow commentator Stefan Molyneux. The night’s event was set to start with a screening of “Farmlands,” a documentary exploring racial persecution in South Africa, and end with speeches from both activists.

The duo was reportedly met by hundreds of “anti-fascist” protesters outside the convention center in anticipation of their event. “At least one protester has been arrested by police, who have used pepper spray during the clash,” reports The Australian. Officers manning the event were equipped with riot gear and were greeted by Antifa’s “f*** off” chants.

These people don’t even realize their own hypocrisy. You cannot claim to love free speech and then claim hate speech needs to be interrupted and stopped. Either you support the right to freely express ideas, even vile ones, or you don’t support free speech. It’s that black and white. That cut and dry.

It’s perfectly acceptable to disagree with Southern — or anyone for that matter — and to find ways to express your beliefs in a civilized manner. Violence, however, is unacceptable and proves that those who are opposed to Southern’s ideas have no argument that will stand against the facts, hence the theatrics.

Let’s hope those involved in this mess get the mental help they quite obviously need.