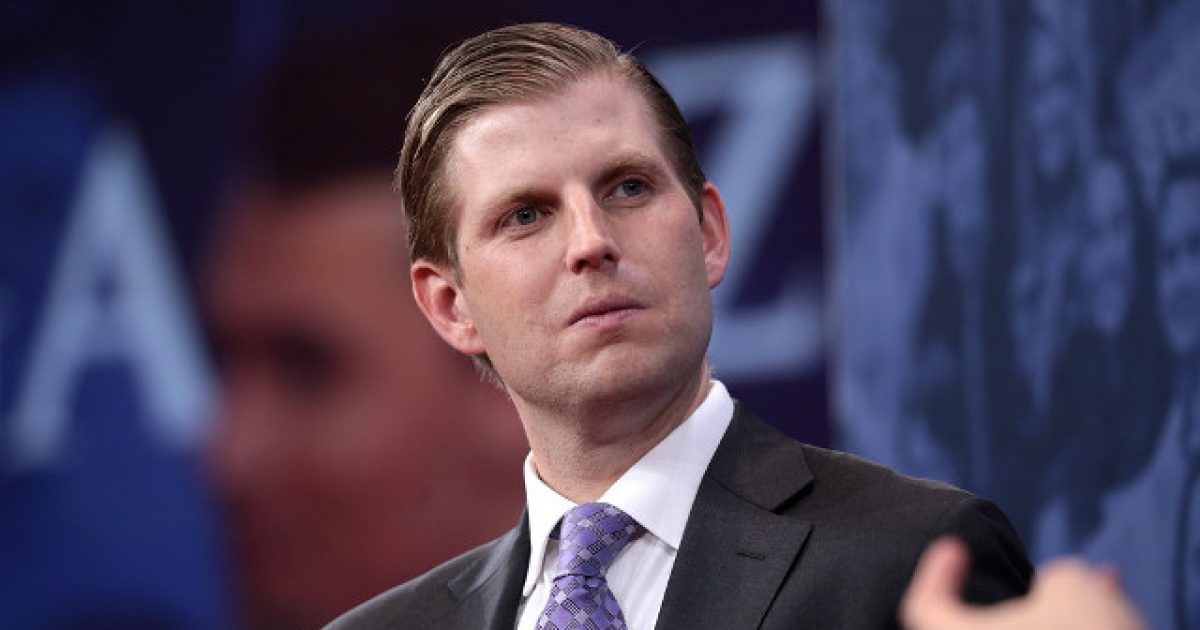 It seems the overwhelming desire leftist MSNBC reporter Lawrence O’Donnell had to ignore facts and push an anti-Trump agenda might just cost him and his network a whole lot of dough.

O’Donnell had reported a thinly-sourced story about President Trump that he later apologized for, but according to the president’s son, Eric Trump, it’s too little, too late.

“This was a reckless attempt to slander our family and smear a great company,” Trump tweeted. “Apologies are not enough when the true intent was solely to damage and cause harm.”

This was a reckless attempt to slander our family and smear a great company. Apologies are not enough when the true intent was solely to damage and cause harm. As a company, we will be taking legal action. This unethical behavior has to stop. @Lawrence @MSNBC https://t.co/i4X6CcdkCm

“As a company, we will be taking legal action. This unethical behavior has to stop,” he added.

O’Donnell said in his apology, “Last night I made an error in judgment by reporting an item about the president’s finances that didn’t go through our rigorous verification and standards process.”

“I shouldn’t have reported it and I was wrong to discuss it on the air. I will address the issue on my show tonight,” he concluded.

This is proof positive that today’s journalists do not really care about providing objective facts for viewers and readers. Instead, what matters most to them is crafting a narrative that fits their agenda and pushes their belief system, telling people what to believe instead of letting them make up their own minds.

It’s a shame, but the leftist media in our country has become the propaganda wing for the Democratic Party and are no longer bastions of truth dedicated to keeping public servants accountable for their actions.

Maybe one day it will return to that. Keep your fingers crossed.

US Women’s Soccer Star Says She’s Getting Some ‘Pretty Serious’ Offers From An Unusual Potential Employer. Check Out Who It Is.