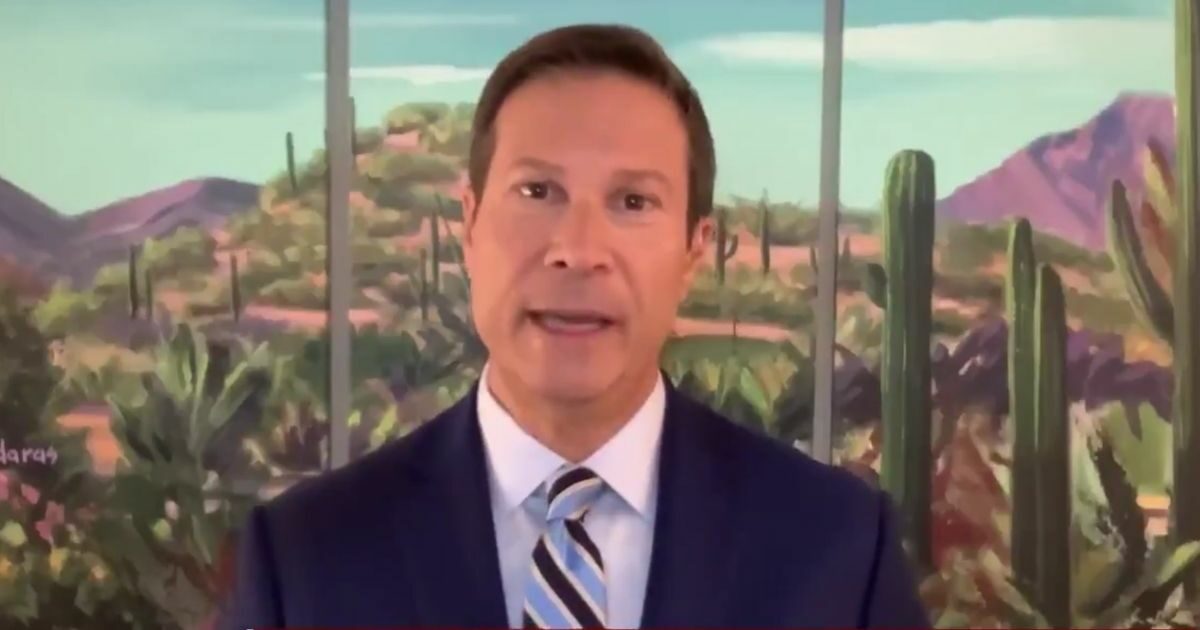 In a stunning admission in a June 8 MSNBC interview, former FBI Assistant Director for Counterintelligence Frank Figliuzzi provided a window into the mind of the highest echelons of federal law enforcement and how they are targeting those on the political right.

“In order to really tackle terrorism, and this time domestically,” Figliuzzi said, “you’ve got to attack and dismantle the command and control element of a terrorist group.”

“And unfortunately, and I know this is painful to hear, that may mean people sitting in Congress right now — people in and around the former president.”

“In order to really tackle terrorism … you’ve got to attack and dismantle the command and control element.”

“That may mean people sitting in Congress right now.” pic.twitter.com/Cn6HlTS9Zq

Figliuzzi stated that federal law enforcement needs to proactively “attack” members of Congress who they feel are exhibiting “cult-like leadership” and whose public statements criticizing establishment politics and entrenched bureaucracy were, in the opinion of Figliuzzi and other apparatchiks like him, tantamount to “recruit[ing] people to violence.”

Of course, what Figliuzzi wants to do is blatantly unconstitutional. Members of Congress, like everyone else, have the right to speak their minds freely. Indeed, in Terminiello v. Chicago, the Supreme Court declared that one of the purposes of free speech is to invite dispute even when it stirs people to anger, and that the “right to speak freely and to promote diversity of ideas and programs is therefore one of the chief distinctions that sets us apart from totalitarian regimes.”

For a prime example, just look at Russian President Vladimir Putin’s imprisonment of pro-democracy activist Alexei Navalny and Belarusian President Alexander Lukashenko’s jailing and torture of blogger and journalist Roman Protasevich. Navalny was added to the Kremlin’s list of organizations involved in “terrorism and extremism.” Protasevich was put on a list of “individuals involved in terrorist activity” for vocally criticizing Lukashenko’s autocratic regime.

This sure sounds a lot like what Figliuzzi is recommending when he states that some members of Congress are the “command and control element of a terrorist group.”

Except worse. While Navalny and Protasevich are activists, neither are elected officials. Figliuzzi’s assertion that certain members of Congress should be “attacked and dismantled” by federal law enforcement can only be understood as a call for the federal law enforcement apparatus to target and “attack” — i.e., forcibly unseat — duly elected representatives whose public statements challenge Democratic Party pieties.

This is not only tyrannical but seditious.

Figliuzzi hides his sedition behind a mask of patriotism, however. He argues that by inveighing against the certified election results in a series of swing states and by objecting to electoral votes at the joint session of Congress, certain legislators “recruited people to violence.”

Yet, since 1887, members of Congress and the Senate have been empowered under the Electoral Count Act to object at the joint session to electoral votes that, in their view, were not “lawfully certified” or “regularly given.” And if a majority of both chambers agrees with those objections, the challenged electoral votes are cast aside.

Plus, over the last 144 years, it has been Democrats, not Republicans, who have objected to electoral votes at the joint session. They did so in 1969, 2001, 2005 and 2017. Indeed, Democratic Rep. Jamie Raskin of Maryland, who served as the lead impeachment manager, himself objected to the counting of Florida’s electoral votes in 2017.

But, to Figliuzzi and much of the left, the actual law and facts are beside the point. Figliuzzi wants to weaponize the FBI like the Bolshevik Cheka, and use it as an instrument to terrorize opposition and eliminate political dissent and any other threat to Democratic Party power. Branding critics as domestic terrorists — and punishing them as such — accomplishes that objective.

Indeed, Figliuzzi’s remarks are the latest in an alarming trend among the federal law enforcement and national security apparatus of labeling those who don’t subscribe to liberal orthodoxy as domestic terrorists, white supremacists and violent extremists.

This is easy to do since there is no domestic terrorism statute, and therefore no uniform definition of what the term means. The FBI’s website defines “domestic terrorism” as “[v]iolent, criminal acts committed by individuals and/or groups to further ideological goals stemming from domestic influences, such as those of a political, religious, social, racial, or environmental nature.”

The violent and destructive conduct of antifa and Black Lives Matter protesters in Portland, Oregon, Seattle, Minneapolis and other cities throughout the country over the last year would seem to fall neatly into this category.

Yet we don’t seem to hear the phrase “domestic terrorism” used in reference to these groups or their campaigns of intimidation, destruction and violence.

Instead, the absence of a settled definition for domestic terrorism allows the phrase to be flexibly applied against anyone who the entrenched Department of Justice bureaucrats wish to target. And to date, it has been used almost exclusively to target those on the ideological right.

Indeed, many non-violent individuals who were present at the Jan. 6 melee have been tagged as domestic terrorists, denied due process and held in isolation without bail. Author and filmmaker Dinesh D’Souza has pointed out, “While many politicians bewail the plight of political prisoners abroad, like Navalny in Russia, they ignore the startling reality that America now has its own political prisoners, indefinitely held on trumped-up charges.”

While many politicians bewail the plight of political prisoners abroad, like Navalny in Russia, they ignore the startling reality that America now has its own political prisoners, indefinitely held on trumped-up charges. @theamgreatness @julie_kelly2 pic.twitter.com/7Y9x7x8Hsb

And earlier this year, Secretary of Defense Lloyd Austin vowed to weed out “extremism” (read: Trump supporters) from the ranks of the military.

Today, I met with senior leaders to discuss extremism in the military. As a first step, I’m ordering a stand down to occur over the next 60 days so each service, each command and each unit can have a deeper conversation about this issue. It comes down to leadership. Everyone’s. pic.twitter.com/wbC21hdHaV

Recently, administration officials said the Justice Department has implemented a new system to “methodically track” domestic terrorism cases nationwide within the FBI. And, as reported by The Herald, the National Security Council released a plan this week “to identify government employees who may pose a domestic terrorism threat, with a number of federal agencies working on new policies and programs to root out potential domestic extremists in law enforcement and in the military.”

This means that our national security and federal law enforcement groups are now working together to identify and expel individuals because of their ideological perspectives. And Figliuzzi’s remarks on MSNBC make clear that no one — not even elected officials — is off-limits.

This purge mirrors the de-platforming and shadow banning of conservative opinions on social media platforms, the canceling of conservative ideas by woke corporate boardrooms and the ex-communication of public health professionals who dared question the pronouncements of Dr. Anthony Fauci.

During the Cold War, those on the political left denounced the first FBI director, J. Edgar Hoover, for arresting and prosecuting communist sympathizers for their political beliefs. What has changed except the party in the crosshairs?

Dictator Joseph Stalin famously said, “You cannot make a revolution with silk gloves.” Make no mistake, by calling for the overthrow of democratically elected representatives who espouse right-wing viewpoints, the left is urging a revolution. They are taking the fight to a new level, and their gloves are off.