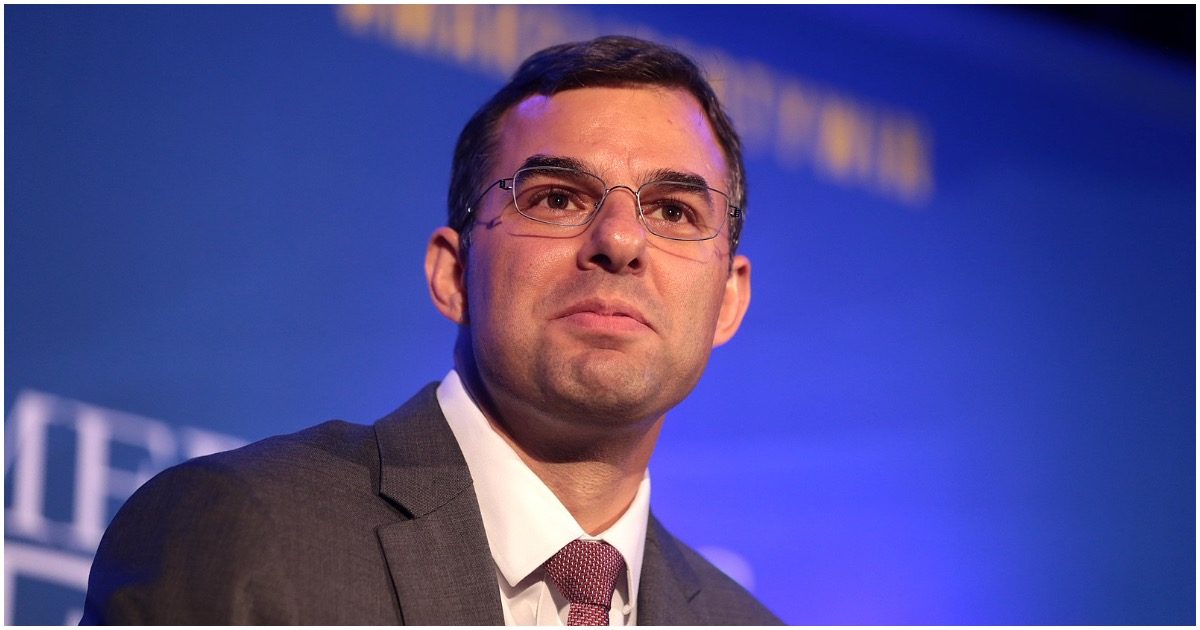 Michigan’s Justin Amash quickly switched his party affiliation from Republican to Independent after being the first GOP member of Congress to call for the impeachment of President Trump.

He has been hinting for a little while that he might run for POTUS, himself.

On Tuesday, Amash made it clear: he’s running.

Today, I launched an exploratory committee to seek the @LPNational’s nomination for president of the United States. Americans are ready for practical approaches based in humility and trust of the people.

Rep. Justin Amash (Mich.) on Thursday announced he’s leaving the Republican Party and becoming an independent, months after igniting a political firestorm when he became the first sitting GOP congressman to call for an impeachment inquiry against President Trump.

“Today, I am declaring my independence and leaving the Republican Party,” Amash wrote in a Fourth of July op-ed for The Washington Post. “No matter your circumstance, I’m asking you to join me in rejecting the partisan loyalties and rhetoric that divide and dehumanize us. I’m asking you to believe that we can do better than this two-party system — and to work toward it. If we continue to take America for granted, we will lose it.”

Great news for the Republican Party as one of the dumbest & most disloyal men in Congress is “quitting” the Party. No Collusion, No Obstruction! Knew he couldn’t get the nomination to run again in the Great State of Michigan. Already being challenged for his seat. A total loser!

"I think it's a process and it's something that should be begun."

Rep. Justin Amash says "I think it's appropriate to do so" when asked about impeachment proceedings, but says he has not yet read any resolutions. https://t.co/AIlzKZY3RL pic.twitter.com/4KjXuuXzrb

Here are my principal conclusions:
1. Attorney General Barr has deliberately misrepresented Mueller’s report.
2. President Trump has engaged in impeachable conduct.
3. Partisanship has eroded our system of checks and balances.
4. Few members of Congress have read the report.

I offer these conclusions only after having read Mueller’s redacted report carefully and completely, having read or watched pertinent statements and testimony, and having discussed this matter with my staff, who thoroughly reviewed materials and provided me with further analysis.

In comparing Barr’s principal conclusions, congressional testimony, and other statements to Mueller’s report, it is clear that Barr intended to mislead the public about Special Counsel Robert Mueller’s analysis and findings.

Barr’s misrepresentations are significant but often subtle, frequently taking the form of sleight-of-hand qualifications or logical fallacies, which he hopes people will not notice.

Contrary to Barr’s portrayal, Mueller’s report reveals that President Trump engaged in specific actions and a pattern of behavior that meet the threshold for impeachment.

In fact, Mueller’s report identifies multiple examples of conduct satisfying all the elements of obstruction of justice, and undoubtedly any person who is not the president of the United States would be indicted based on such evidence.

Impeachment, which is a special form of indictment, does not even require probable cause that a crime (e.g., obstruction of justice) has been committed; it simply requires a finding that an official has engaged in careless, abusive, corrupt, or otherwise dishonorable conduct.

Our system of checks and balances relies on each branch’s jealously guarding its powers and upholding its duties under our Constitution. When loyalty to a political party or to an individual trumps loyalty to the Constitution, the Rule of Law—the foundation of liberty—crumbles.

We’ve witnessed members of Congress from both parties shift their views 180 degrees—on the importance of character, on the principles of obstruction of justice—depending on whether they’re discussing Bill Clinton or Donald Trump.

Few members of Congress even read Mueller’s report; their minds were made up based on partisan affiliation—and it showed, with representatives and senators from both parties issuing definitive statements on the 448-page report’s conclusions within just hours of its release.

America’s institutions depend on officials to uphold both the rules and spirit of our constitutional system even when to do so is personally inconvenient or yields a politically unfavorable outcome. Our Constitution is brilliant and awesome; it deserves a government to match it.