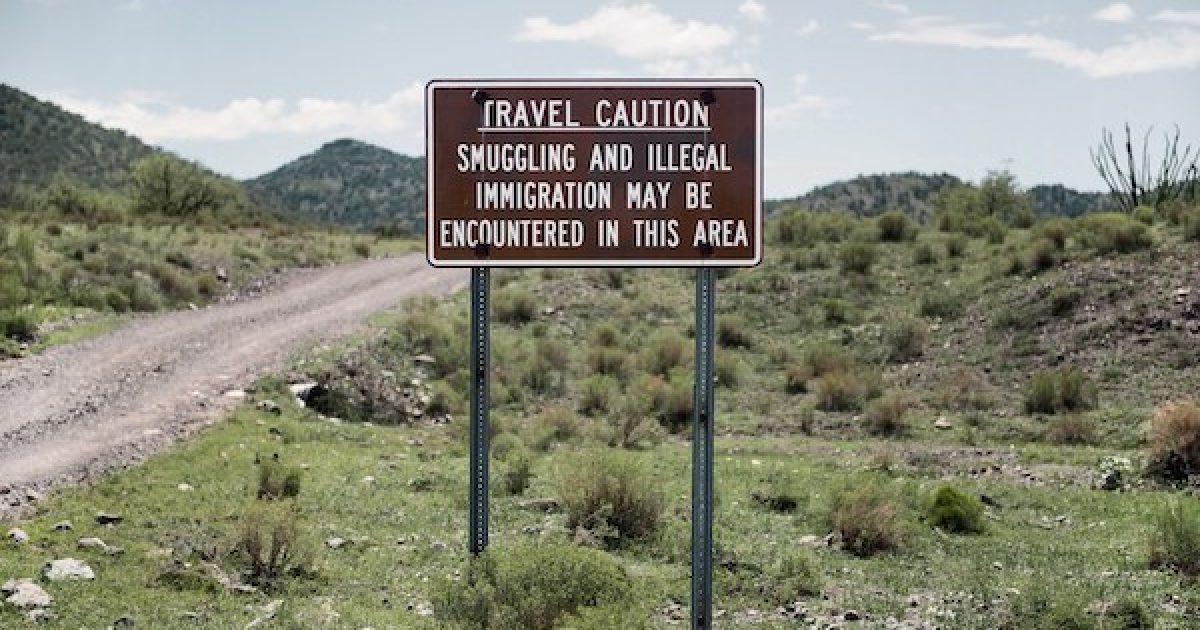 Out of the eighty senators in total who voted in favor of the secure fence act, twenty-six (out of the forty-four) Democrats voted in favor of the bill (one, Ted Kennedy did not vote). A dozen years later some of those Democratic Senators are still serving in the upper body (Sherrod Brown was in the house, but is now in the Senate) they include;

Of course, that was then, the Democratic Party strategy today is to oppose everything President Trump opposes.

But why wasn’t the fence built before Trump became President? It was supposed to be done by now.

Not later than 18 months after the date of the enactment of this Act, the Secretary of Homeland Security shall take all actions theSecretary determines necessary and appropriate to achieve and maintain operational control over the entire international land and maritime borders of the United States, to include the following–

(1) systematic surveillance of the international land and maritime borders of the United States through more effective use of personnel and technology, such as unmanned aerial vehicles, ground-based sensors, satellites, radar coverage, and cameras; and (2) physical infrastructure enhancements to prevent unlawful entry by aliens into the United States and facilitate access to the international land and maritime borders by United States Customs and Border Protection, such as additional checkpoints, all-weather access roads, and vehicle barriers. (b) Operational Control Defined.–In this section, the term “operational control” means the prevention of all unlawful entries into the United States, including entries by terrorists, other unlawful aliens, instruments of terrorism, narcotics, and other contraband.

The primary goal of the Secure Fence Act of 2006 was to help secure America’s borders to decrease illegal entry, drug trafficking, and security threats by building 700 miles (1,100 km) of physical barriers along the Mexico-United States border. Later in the text of the bill, it specifies what was supposed to be built:  a double-layered fence with barbed-wire on top and room for a security vehicle to patrol between the layers. Not bad right? 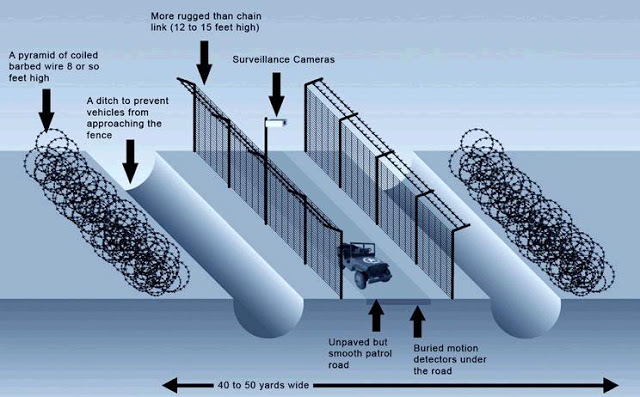 Of the almost 700 miles of fencing specified in the bill only 36.3 miles of double-layered fencing, as the law required has been built.  Most of the 36+ miles of fencing were created during the Bush Administration.

The first blow against the promised fence was made by former Senator Kay Bailey Hutchison (R-TX). In 2007 at the urging of the DHS, she proposed an amendment to give Homeland Security discretion to decide what type of fence was appropriate in different areas. The law was amended to read,

“Nothing in this paragraph shall require the Secretary of Homeland Security to install fencing, physical barriers, roads, lighting, cameras, and sensors in a particular location along an international border of the United States, if the Secretary determines that the use or placement of such resources is not the most appropriate means to achieve and maintain operational control over the international border at such location.”

Hutchison ’s amendment was included in a 2007 federal budget bill even though the bill’s sponsor,  Rep. Peter King, R-N.Y., had a cow…he argued the amendment would kill the border fence promised in the 2006 law. Sadly, he was right. At a different time, Hutchison’s amendment would have been legit. What she couldn’t forsee is that one day the president would be Barack Obama.

On the bright side, if amendment allows DHS to switch from two-layered fencing to other types of barriers as they see fit,  it also allows a wall to be built rather than the two-layered fence (but doesn’t provide funding).

During an El Paso speech about immigration reform on May 10, 2011, Obama declared that the fence along the border with Mexico is “now basically complete.” But what the Obama administration built was totally different from what the Secure Fence Act specified. Obama’s DHS Secretary Janet Napolitano “used her discretion.”

As described in the customs and Border Patrol website, the vehicle fence includes, ‘post on rail’ steel set in concrete; steel picket-style fence set in concrete; vehicle bollards similar to those found around federal buildings; ‘Normandy; vehicle fence consisting of steel beams; and concrete jersey walls with steel mesh. They seem capable of blocking cars, but any able-bodied human can walk through them. 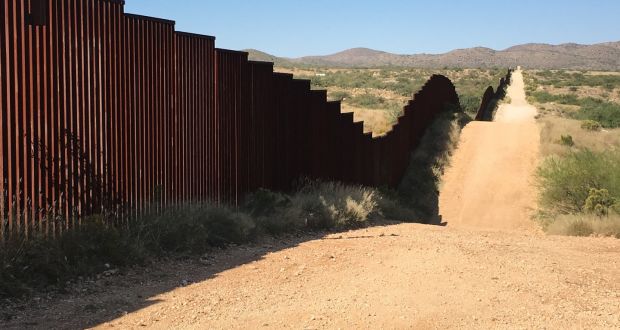 When She was still Governor of Arizona Janet Napolitano said, “You show me a 50-foot wall, and I’ll show you a 51-foot ladder at the border.”

And she may be right. The fence will never stop ALL illegal crossings, and neither will a wall, although either will reduce the inflow significantly, because the barriers will slow the intruders, making them visible to surveillance equipment, and members of the border patrol.

Israel built a two-layered fence like the one above to protect her citizens from terror attacks, and fence has served its purpose, in 2002, the year before construction started, 457 Israelis were murdered; in 2009, 8 Israelis were killed. The reason the Israel barrier been effective is not merely the fence itself but how it is guarded and patrolled.  And that’s what will make our fence along the Mexican border work.

Barack Obama and Janet Napolitano ignored what Congress intended. Those vehicle barriers won’t stop a small child or even a bald, overweight blogger. Which is also why the House didn’t take up the Gang of Eight bill. The belief was that If Obama didn’t build the fence per the Secure Fence Act,   GOP congressmen did trust that he would follow any border security legislation.

Here’s the bottom line.  Back in 2006, the people of the U.S. were promised a two-layered high-tech Mexican border fence, Thanks to Kay Bailey Hutchison and Barack Obama 95% of the barrier wasn’t built. The arguments against the Trump wall are totally bogus especially if you look at Israel’s history.

Now Donald Trump has promised America a border wall, and that same amendment that allowed the Obama administration to downgrade the required double-layered fencing enables the Trump Administration to upgrade from a fence to a 30-foot-tall wall. All he needs is funding.

It’s time for America to get the border barrier we were promised.  No one can honestly say it won’t work. It worked in Israel, and it’s never been tried here. The Democrats must stop obstructing, our future depends on it.

Obama Former DHS Secretary “We can’t have catch and release, we deported, or repatriated or returned over a million people”