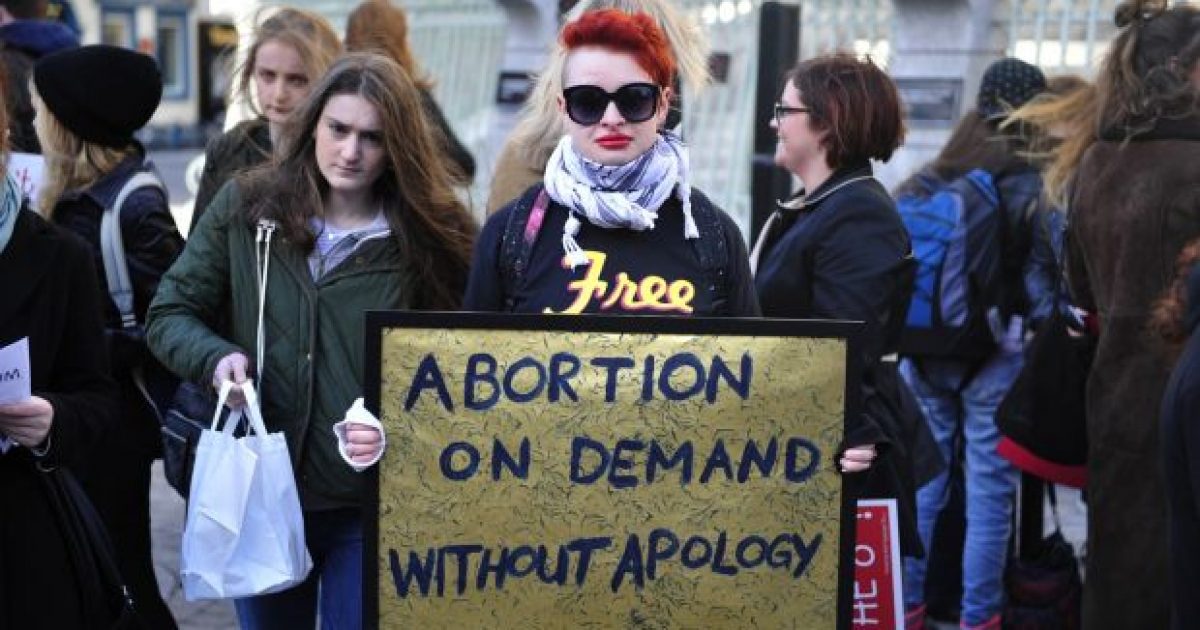 These are the words of the Eighth Amendment to the Constitution of Ireland. The wording of this constitution is significant, not only because it clearly affirms that an unborn child has an equal right to life as that of its mother and that the law guarantees protection for this life.

It is also significant because these are the words the Irish people just voted to remove from its Constitution, thus legalizing abortion.

Let that sink in: like many of the legislation passed in the dark history of our own nation that dehumanized slaves and unconstitutionally restricted them from the natural rights our Constitution clearly affirm, the people of Ireland have willingly voted to remove the sacred rights of the unborn and deny that it is an autonomous life from that of its mother.

This is the toxic, godless nature of the pro-choice radical feminist left, and you’d be a fool to recognize that it’s not going fully mainstream.

A poll conducted by RTE Television showed that almost 70 percent of respondents voted to repeal the abortion ban, and another poll for The Irish Times was similar — showing 68 percent of those surveyed voted for repealing the eight amendment, against 32 percent who said abortions should still be banned in the country.

The results also exposed large divisions between age groups, with voters over 65 mostly voting against repealing the ban on abortions, and 18 to 24-year-olds voting for repeal at roughly 87 percent.

Ireland has traditionally been a devoutly Catholic country, making the exit polling speculations even more remarkable.

Deputy prime minister of Ireland, Tanaiste Simon Coveney, said in response to the preliminary polling, “Thank you to everybody who voted today – democracy can be so powerful on days like today – looks like a stunning result that will bring about a fundamental change for the better.”

Ireland has, since it’s ratification of the Eighth Amendment in 1983, given hope to the pro-life community around the world that a First World, secular state can indeed affirm the scientifically proven fact that an unborn child is an autonomous life with the same rights as every other living being.

Clearly, this is devastating news to defenders of life around the globe, but activists have not lost hope.

Irish pro-life activist Cora Sherlock, the Blaze reports, tweeted in response to news of the surveys: “Exit polls, if accurate, paint a very sad state of affairs tonight. But those who voted No should take heart. Abortion on demand would deal Ireland a tragic blow but the pro-life movement will rise to any challenges it faces. Let’s go into tomorrow with this in mind.”