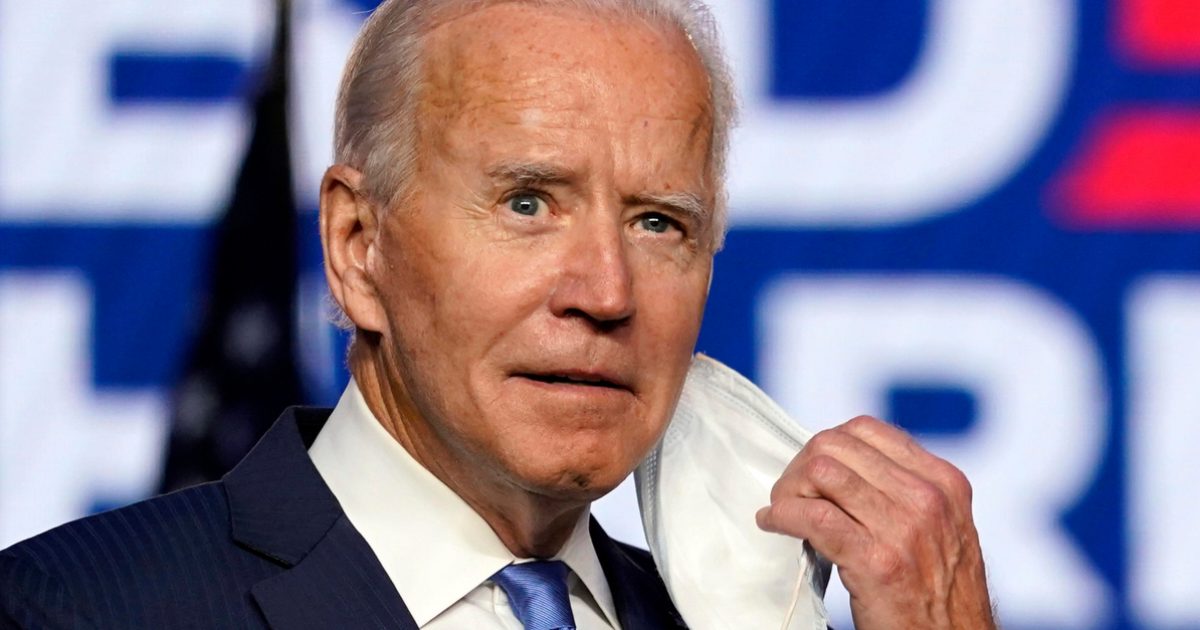 Welcome to Joe Biden’s backwards America. Is Leading from behind is the new #MAGA? Is Boy is the new Girl? Or is it the other way around?

The world’s greatest economic team told us recently that the president would “Build Back Better” and add a cool million new American jobs. The truth is, we didn’t even crack 300k, and worse yet, the unemployment rate ticked up to 6.1%.

And then, there is the border. Over the past couple of weeks, it seems that the media has just given up on the issue, or perhaps in an effort to shield the President from criticism, have stopped talking about it. But for those millions of families living along the US southern border, they still have to deal with the gang members, drug dealers, potential terrorists, and other undesirables walking through their neighborhoods in large numbers among the millions that will enter the US over the next few years.

So, what exactly is the Biden administration good at? Well, based on the recent news cycle, it certainly isn’t providing America with the necessary cyber defenses to protect the energy supply chain.

Don’t believe me? Consider this past weekend’s Colonial Pipeline cyber-attack, that was executed by Russia’s DarkSide ransomware gang. The brazen attack not only successfully crippled the supply chain for fuel along the east coast, but it also will drive up energy costs for the foreseeable future. It also may have provided Americans with an early glimpse into what a future cyber war may look like.

The weekend’s attack happened just as the DOJ was starting a 120-day review of critical cybersecurity threats. This much needed review, which was announced just a few days ago by Deputy Attorney General Lisa Monaco, will examine the Chinese and Russian cyber threat, cryptocurrency hacks, as well as major supply chain attacks similar to the SolarWinds hacking attack. “We are launching this week, under my direction, a review of how the department is looking at exactly this set of challenges,” Monaco said last week. “We want to bring forth actionable recommendations in a 120-day time frame on what can we be doing better, working with our partners across borders, to address these threats.”

Cryptocurrency attacks are a newer phenomenon and were added to the review because of the surge in digital currency themed hacks over the past few years. A few years back, hackers were limited to taking over computers remotely in order to use their power to mine cryptocurrency. Now, they have advanced to the point where they can enter digital wallets, or easily swipe cryptocurrency on computer clipboards waiting to be pasted into a transaction.

Meanwhile, the Cybersecurity and Infrastructure Security Agency (CISA) is still waiting to confirm a new director. Jen Easterly was nominated last month by the Biden administration and she was formerly a cybersecurity official at the National Security Agency (NSA). It was a tumultuous time while she was at NSA, as America saw a major surge in international cyberattacks. Additionally, during her time at the NSA, a map was released to the public that showed almost “600 corporate, private or government victims of Chinese Cyber Espionage” that had been attacked during a five-year period. These hacks touched “all sectors of the U.S economy, including major firms like Google and Lockheed Martin, as well as the U.S. government and military,” according to reports.

The Colonial DarkSide attack is probably just the beginning of more Russian and Chinese hacks. It’s already been a rough year for America in cyber security, as recent attacks against Mac users, who for years lived under the false belief that they were immune to hacks, saw new strains of malicious code be created specifically for their platform.

Joe is failing spectacularly in every way. Economically, it can hardly get worse. The border is a mess. Cybersecurity is showing major weaknesses. The only hope to save the country may lie in a midterm election that is still over a year away. The only question is, can America survive long enough to get there?

Julio Rivera is a business and political strategist, the Editorial Director for Reactionary Times, and a political commentator and columnist. His writing, which is focused on cybersecurity and politics, has been published by websites including Newsmax, Townhall, American Thinker and BizPacReview.