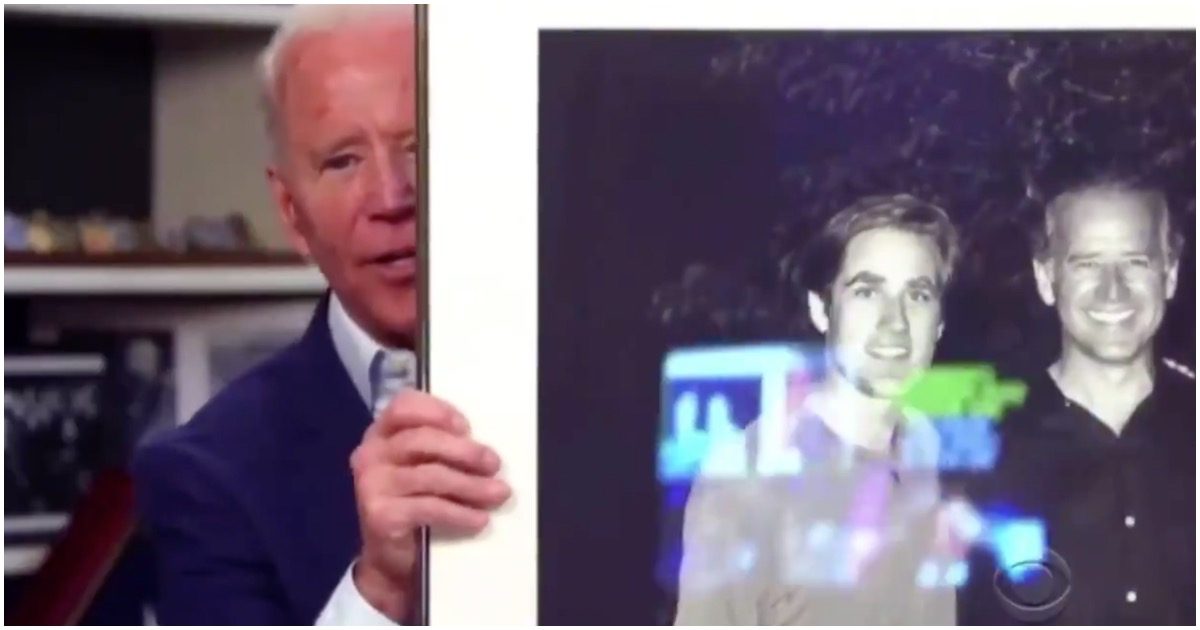 The press sec refused to answer the question, obviously because he didn’t want to reveal the true answer – which is yes, clearly.

But it doesn’t matter, anymore. Joe pretty much just confirmed, albeit accidentally, that he always needs a teleprompter, even for the most basic of softball sit-downs.

The Democratic presidential nominee appeared on “The Late Late Show with James Corden” on April 21. During the virtual appearance from Biden’s basement, an eagle-eyed viewer noticed an intriguing detail.

Biden displayed several framed photographs of his family. Biden shared a very large framed photo of himself with his two sons, Hunter and Beau, when they were in college. When the former vice president held up the frame to the camera, a reflection of what appears to be the text of a teleprompter shows up on the glass of the picture frame.

Joe Biden was using a teleprompter for an interview with James Corden. pic.twitter.com/wqBrhqNVHW

Back to the basement, Joe!