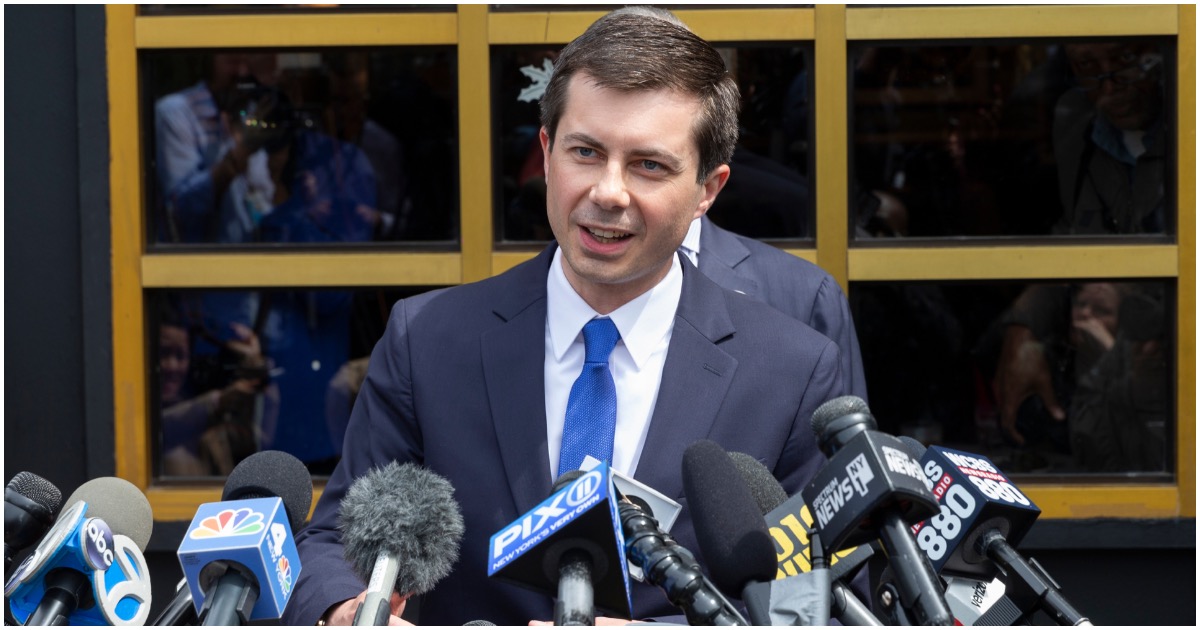 Pete Buttigieg so loves his country that he’s willing to do whatever it takes to keep illegal aliens from being captured by ICE.

Really, though, Mayor Pete, like every other 2020 Democrat presidential candidate, has no respect for the rule of law.

The “phone tree,” according to The Daily Beast on Wednesday, was one of several actions Buttigieg took to protect illegal immigrants in his town. Phone trees consist of an automated calling system that helps spread messages quickly and efficiently.

Those would presumably help alert immigrants to the type of surprise raids that resulted in nearly 700 arrests in Mississippi.

Florida Rep. Matt Gaetz (R) already had a milkshake tossed at him. That was bad.

Check out Pete, who is openly gay, lecturing Christians about being against raising the minimum…