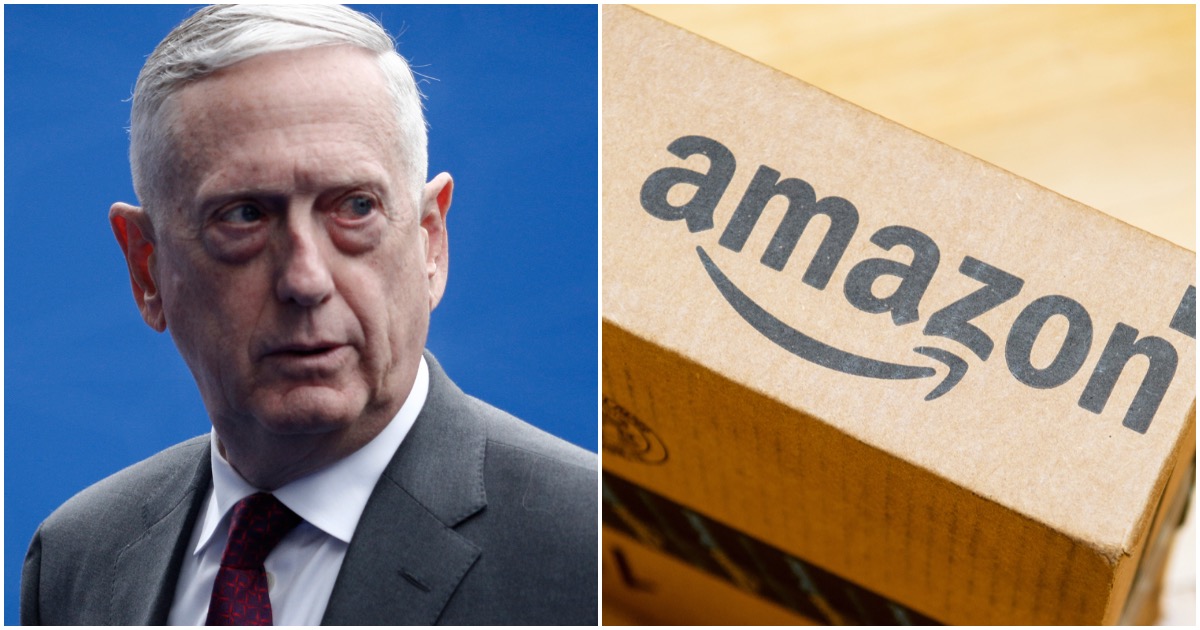 Well, this one is a little odd.

Let’s just jump right into it…

Defense Secretary Jim Mattis had a secret meeting with a top Amazon cloud sales executive in 2017 before the Pentagon announced a $10 billion cloud computing contract that critics say was designed to be fulfilled only by Amazon, Fox News’ Tucker Carlson reported on Friday.

Earlier this month, The Intercept reported:

Amazon Web Services and Microsoft are now the two finalists to win the highly contested $10 billion contract for what is known as the Joint Enterprise Defense Infrastructure, or JEDI. The deal, one of the largest federal contracts in U.S. history, would pay one company to provide cloud computing services in support of Defense Department operations around the world.

Self-described Democrat Socialist Alexandria Ocasio-Cortez (D-NY) has made some statements of late that caused a group to put billboards up in New York City slamming the freshman lawmaker.