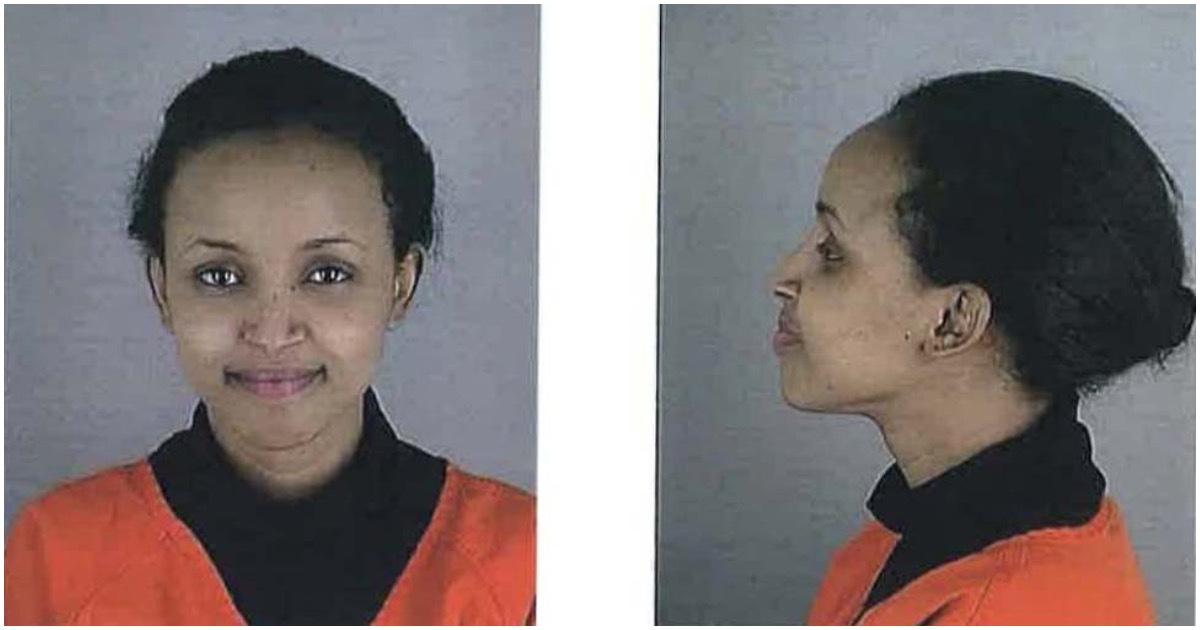 If Ilhan Omar was a Republican, game over.

She’d be out of office faster than a person can say “Russia hoax.”

It was recently re-learned, if you will, that Omar was arrested in 2013 for trespassing.

Because she’s a liberal, though, Ilhan has all the cover she’d ever need.

State Rep. Ilhan Omar was arrested in 2013 for trespassing and booked at Hennepin County Jail “to prevent further criminal conduct,” according to a newly uncovered police report.

The incident took place on January 18, 2013 following an event at the Minneapolis Convention Center featuring former Somali President Hassan Sheikh Mohamud. The Somali president was set to stay the night at the Hotel Ivy, causing large groups of Somalis to follow the presidential convoy to the hotel, including Omar.

According to the police report, hotel staff requested police assistance in clearing the lobby, saying that anyone without a hotel room key was not welcome on the premises and needed to leave immediately. The officer handling the incident said the majority of people who were asked to leave were compliant. However, Omar, when approached, was “argumentative” and refused to leave.

Omar has yet to learn about messing with HUD Secretary Ben Carson.

She might’ve recently become more clear about it.

Not sure he was fully awake, maybe he meant to reclaim his time back to sleep. https://t.co/t25Pta8bVY

Since you brought it up… I know what it’s like to actually be sleepy, especially after 18-hour surgeries and operating on babies in the womb. I hope @IlhanMN knows I care about all people, even those she doesn’t recognize as having a right to life.

Since you brought it up… I know what it's like to actually be sleepy, especially after 18-hour surgeries and operating on babies in the womb. I hope @IlhanMN knows I care about all people, even those she doesn't recognize as having a right to life. https://t.co/BRl3ibSKM3

The Minnesota Congresswoman who reportedly married her brother has once again made headlines by saying something obtuse.

Omar is learning to pander with the best of them.

At the Council on American-Islamic Relations (CAIR) conference, Ilhan said “some people did something” on 9/11.

The freshman congresswoman said that Trump and his political allies are to blame for a surge in anti-Semitism and Islamophobia in the U.S.

Fellow freshman lawmaker Rep. Rashida Tlaib (D-Mich.) was also in attendance at the event, which was held at the Capitol and called “Black Women in Defense of Ilhan Omar.”