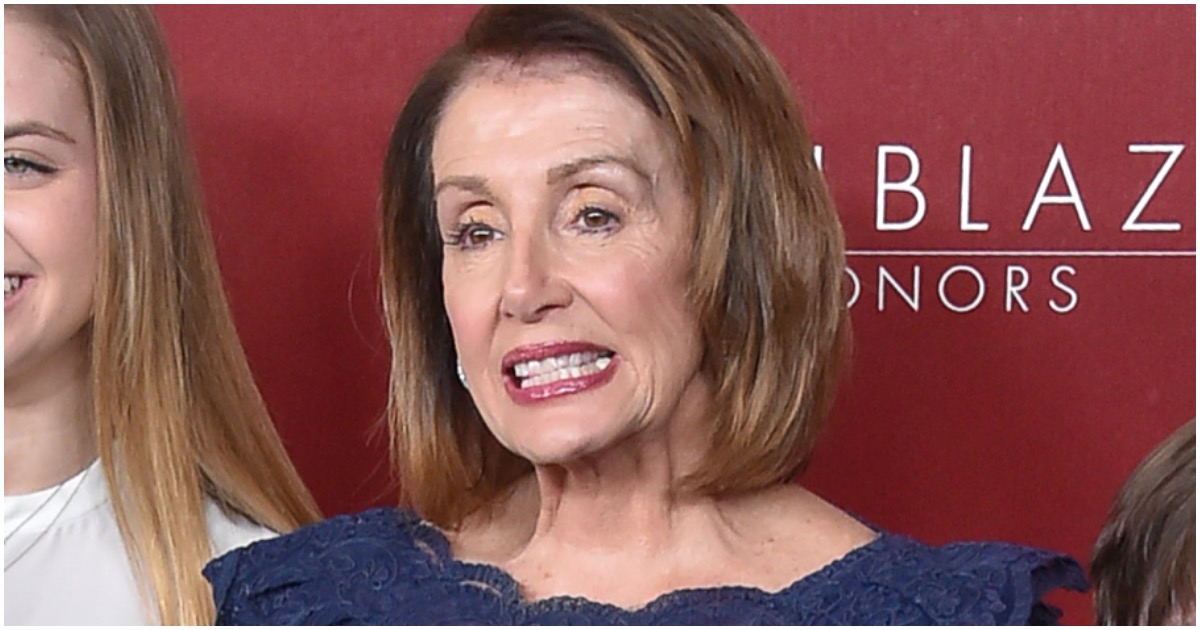 Now, she wants to see the duly elected commander-in-chief tossed in the pokey.

Speaker Nancy Pelosi told senior Democrats that she’d like to see President Donald Trump “in prison” as she clashed with House Judiciary Chairman Jerry Nadler in a meeting on Tuesday night over whether to launch impeachment proceedings.

Pelosi met with Nadler (D-N.Y.) and several other top Democrats who are aggressively pursuing investigations against the president, according to multiple sources. Nadler and other committee leaders have been embroiled in a behind-the-scenes turf battle for weeks over ownership of the Democrats’ sprawling investigation into Trump.

Nadler pressed Pelosi to allow his committee to launch an impeachment inquiry against Trump — the second such request he’s made in recent weeks only to be rebuffed by the California Democrat and other senior leaders. Pelosi stood firm, reiterating that she isn’t open to the idea of impeaching Trump at this time.

She’s also now claiming she “never said” there wasn’t a crisis at the southern border.

Of course, there is proof that she’s lying.

House Speaker Nancy Pelosi (D-CA) falsely claimed Wednesday that Democrats have “never” denied that there is a “crisis” on the U.S.-Mexico border — a statement directly contradicted by the words of multiple party leaders just months ago.

“Well, let me just say this. We have never not said that there was a crisis — there is a humanitarian crisis at the border, and some of it provoked by the actions taken by the administration,” Pelosi stated during her weekly press conference in the Capitol Visitor Center on Wednesday.

Yesterday, Nancy Pelosi stated that Democrats NEVER SAID THERE WASN’T A CRISIS at the border…

Sooo… here’s a mashup of Democrats (including her) saying there wasn’t a crisis at the border 4 months ago.

Yesterday, Nancy Pelosi stated that Democrats NEVER SAID THERE WASN'T A CRISIS at the border…

Sooo… here's a mashup of Democrats (including her) saying there wasn't a crisis at the border 4 months ago. pic.twitter.com/pPajr7056R