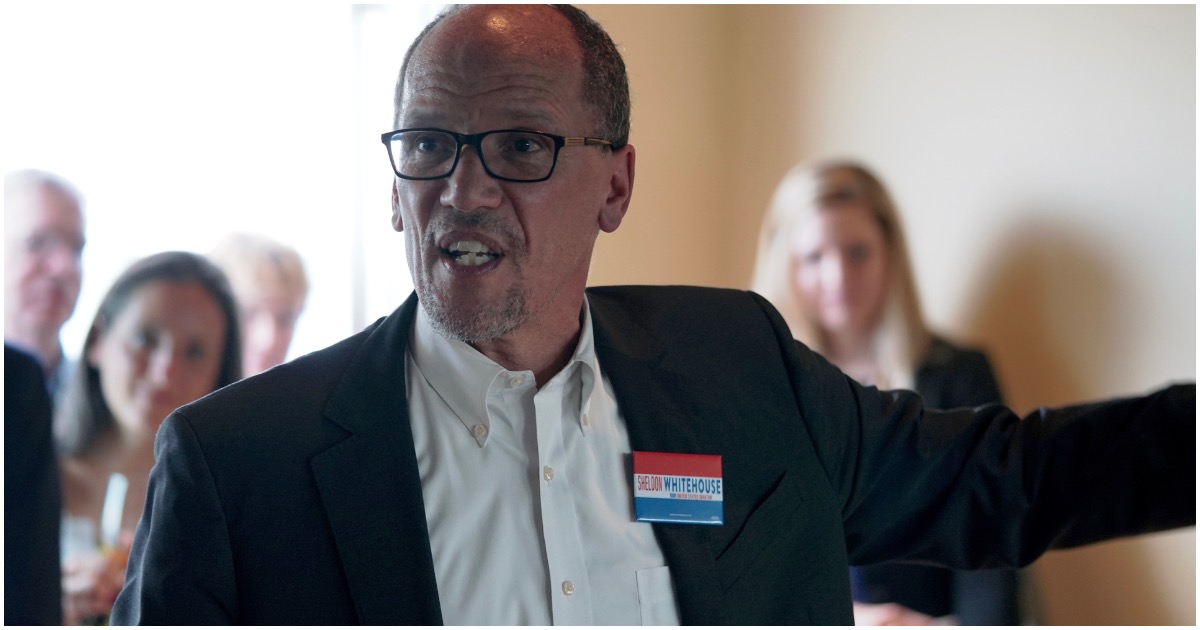 It’s all Democrats know how to do, despite getting to little to nothing in return on their investments.

If this isn’t a clear indicator that a Democrat should never be president again, then what is?

Bloomberg reports that the Democratic National Committee’s financial woes continue as Chairman Tom Perez and his colleagues continue to spend more than they take in. In fact, the DNC has already added $3 million in new debt in just the past four months. The Republican National Committee, however, is raking in boatloads of cash ahead of the 2020 election which will surely give President Donald J. Trump a leg up on whomever he ends up running against.

In 2019 already, the “DNC had collected contributions of more than $24.4 million but had spent $28.4 million, according to the latest disclosures. It had $7.6 million cash on hand, $1 million less than in January. It posted $6.2 million in debt, including bank loans and unpaid invoices to vendors,” according to Bloomberg.

Apparently, though, Democrats don’t have to abide by the same rules.

Democratic National Committee (DNC) Chairman Tom Perez told CNN’s Alisyn Camerota on Wednesday that Republicans should not use any ill-gotten information against the Democrats in the upcoming elections, but, when pressed, did not seem to think that Democrats should be held to the same standard.

Perez noted, “And what we saw in the 2016 election, a foreign adversary — and not just any foreign adversary, our — our most — our fiercest foreign adversary attempted to interfere with our election to help Donald Trump and hurt Hillary Clinton. And what we said in 2016, and my predecessor asked her counterpart at the RNC back then to do the same thing, don’t use stolen information. That’s what we’re saying again.”

Perez: “We are at war right now. It is a cyber war. Unfortunately, because our commander in chief is compromised, the federal government is asleep at the switch. And that is why the DNC and others in the Democratic Party ecosystem are working tirelessly to make sure that we are protecting our data, making sure — we’re working with every campaign to provide cybersecurity training because we can’t expect help from the — from this administration.”

Camerota: “But what if you get something really juicy, say President Trump’s taxes, then should one of the Democratic candidate be able to air those?”

Perez: “Well, that’s going to be a product of a subpoena process where we are —”

Camerota: “Maybe. I mean maybe it’s going to be leaked. What if that’s leaked to you? Are you saying that the Democrats shouldn’t use that?”

Perez: “Well, again, I think we are entitled to that. If you look at the law that Chairman Neal of the House Ways and Means Committee is using, it’s a very — it’s very clear. It’s not — it doesn’t say you’re entitled to taxes unless it’s the taxes of the president of the United States. So firmly believe that we will get access to those.”

Perez: "Well, again, we are entitled to that…"

Camerota pressed him again and he dodges answering pic.twitter.com/zq6yuzHv1g

IT’S OFFICIAL: Trump Appoints A Border ‘Czar’ & Every Liberal Is About to Flip Out [Details]