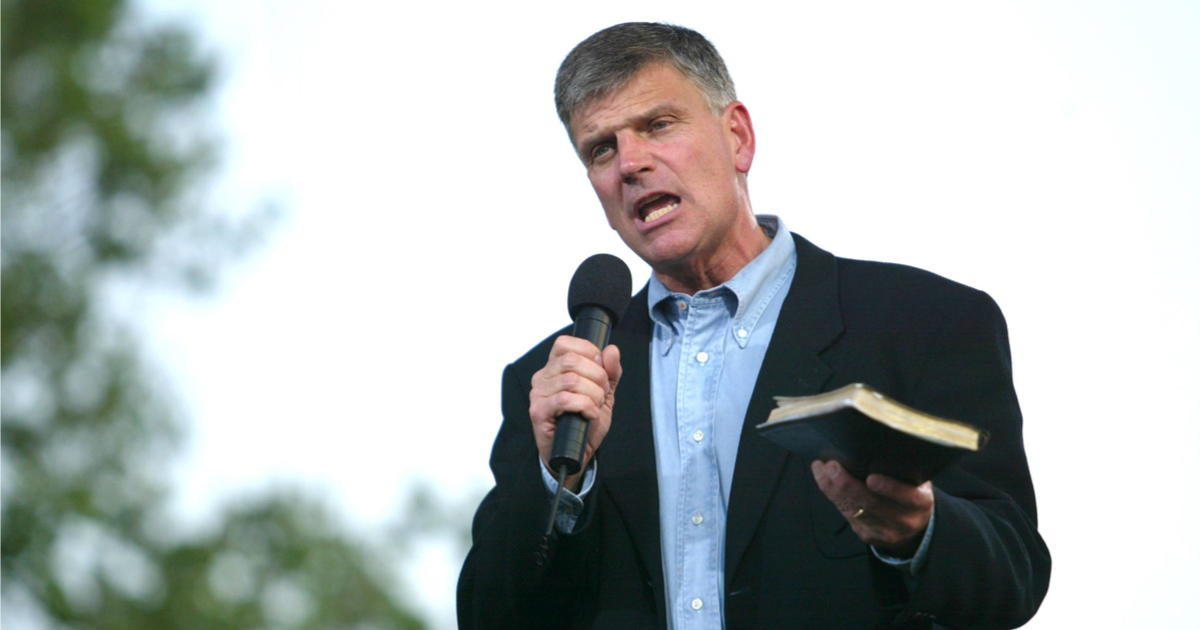 This is how petty, how unfair, how extremely anti-American, and how oppressive Facebook is. The fascist-run service is now looking YEARS back into people’s posts to find “reasons” to shut down conservative users.

Christian leader Franklin Graham had his Facebook account suspended for a day over a two-year-old post in which he was announcing his support of a North Carolina bill that was set to mandate that people use public restrooms that correspond only to their gender at birth.

It was a legitimate bill that the state was legitimately debating back in 2016 and eventually it was even signed into law!

Yet, Facebook reached back two years into Graham’s Facebook account to lock him down over an actual law saying that his support of the bill went against their “community standards.”

In other words, it did not slavishly support the mental illness that is transgenderism, so Facebook shut Graham down over it.

“Facebook is censoring free speech,” Graham said on his Twitter account. “They’re making & changing the rules. Truth is truth. God made the rules & His Word is truth. The free exchange of ideas is part of our country’s DNA. You can read the post that Facebook took down last week here.”

Last week I was banned from posting on @Facebook for 24 hrs because of a 2016 post about NC’s House Bill 2 (bathroom bill). They said the post went against their “community standards on hate speech.” Facebook is making & changing the rules. 1/2 https://t.co/HYIgErnp3J

What we have here is Facebook’s fascist little fantasy world of what should be and they are imposing it on everyone who uses their service.

This is the most anti-American thing Facebook can do. After all, political free speech is an American first principle and if Facebook is shutting that down, they are un-American fascists.

But there is another point to make here, too. It appears that Facebook is searching back years and years through every conservative’s posts just to find something to ban them over. This shows an obsession for banning conservative that really goes beyond the pale. It’s bad enough that Facebook bans conservatives over legitimate posts made in the here and now. But this level of persecution seen as Facebook carefully combs back through years of posts in a desperate attempt to find any flimsy reason to ban a conservative is incredible.And it show the burning hate in the heart of every liberal.