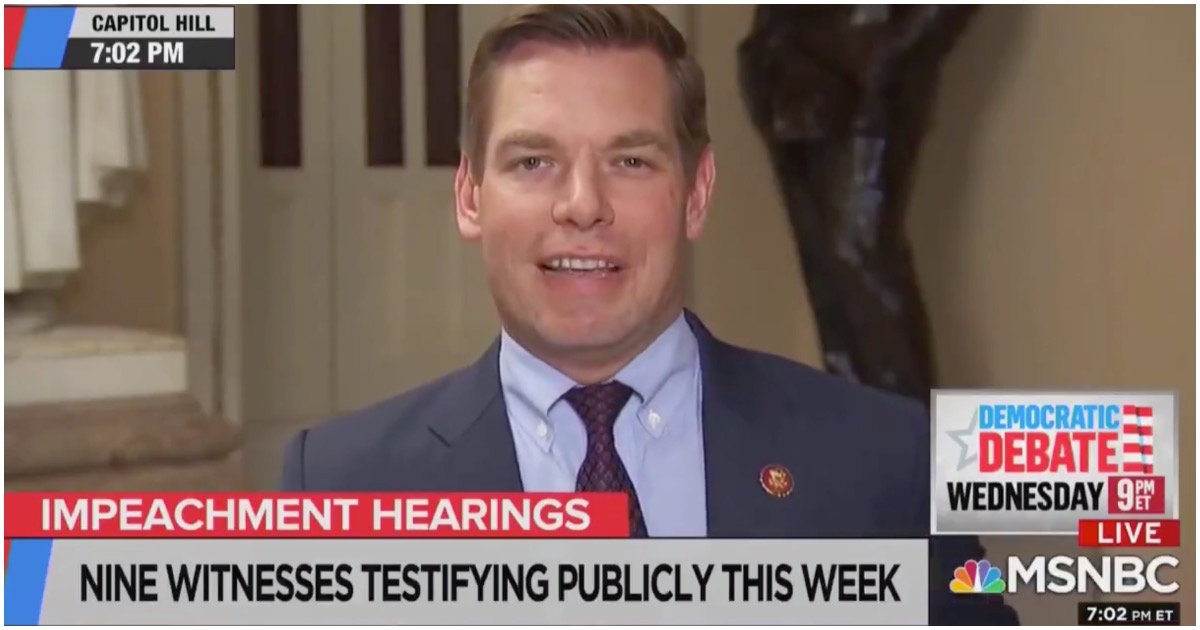 The headline speaks for itself. Failed 2020 Democrat presidential candidate Eric Swalwell, a far-left, anti-gun, beta male if there ever was one, is denying it happened, but it really, really, really looks (and sounds) like he did it. You make the call!

Democrat Rep. Eric Swalwell (CA), who was the first presidential candidate to drop out of the race after receiving virtually no support from voters, appeared to have an embarrassing moment during an interview on Monday as it appeared as though he farted on live television. Swalwell has since responded to incident, after it went viral on social media, and denied that it was him.

The embarrassing moment happened while Swalwell was being interview on MSNBC’s “Hardball With Chris Matthews.”

Turn the sound on, this is real

Turn the sound on, this is real pic.twitter.com/DyElNSwYog

NEWS: SWALWELL denies it was him who farted on MSNBC:

NEWS: SWALWELL denies it was him who farted on MSNBC: pic.twitter.com/IYmHwYfuGf

This was the nuke he was talking about

This was the nuke he was talking about

I swear you can actually see him rise a half-inch at the relevant moment.

I swear you can actually see him rise a half-inch at the relevant moment.

Live look at Eric Swalwell talking to his staff after his on air fart pic.twitter.com/tcHd5P6pWH

me when swalwell said "it was not me!!!!!" pic.twitter.com/lc1Cc0mXNW

I knew he was a fart smeller..I just knew it. #sniffsniff

I knew he was a fart smeller..I just knew it. #sniffsniff pic.twitter.com/bYYnSJWryE