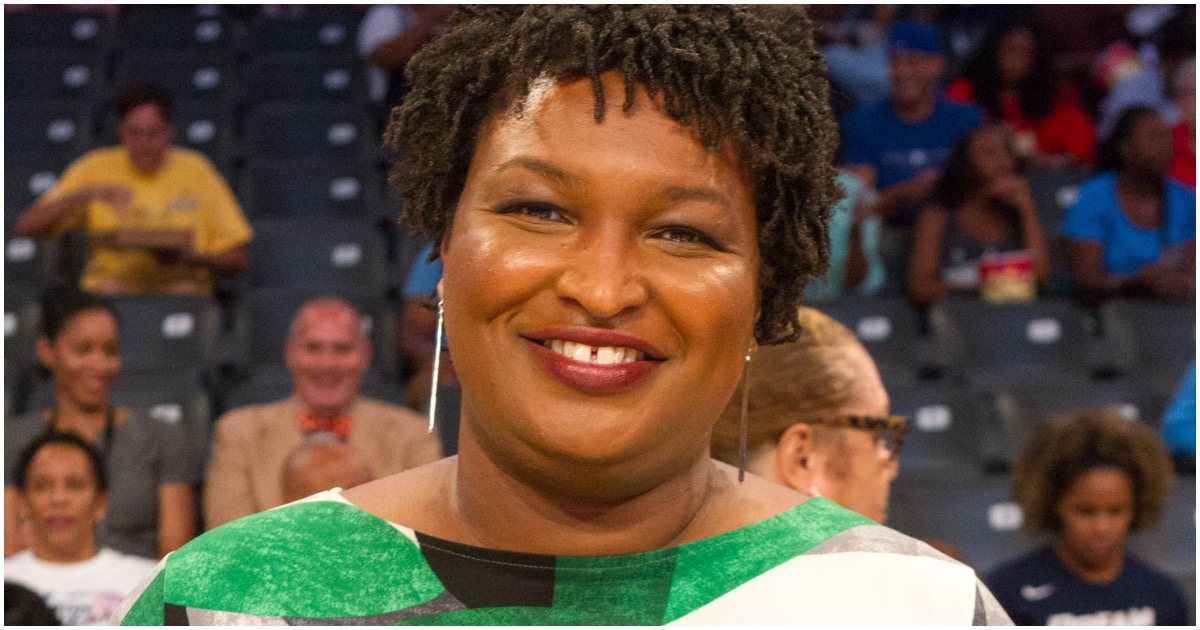 Abrams and many Dems feel that she is the rightful governor, for whatever reason.

It wasn’t even really close, though. Abrams lost to Brian Kemp by 55,000 votes.

Failed Georgia gubernatorial candidate Stacey Abrams said on Thursday evening that the “right to vote” does not exist in Georgia, where she claimed people have “the opportunity to possibly think about maybe being able to participate in the right to vote.”

Abrams, who refused to concede to Brian Kemp and has been declaring to various audiences in recent months that she “won” the 2018 election, told the Democratic National Committee’s African-American Leadership Council Summit in Atlanta, Georgia, that “we will never know what could have been” because polling places were closed and voter rolls were purged.

Not only did Abrams say a “blue wave” last November would consist of illegal aliens, but an unearthed report shows Abrams setting the Georgia flag ablaze during a protest in her youth.

She was a freshman at Spelman College in Atlanta at the time and now her role in the protest is being reexamined as she faces a close race with her Republican opponent, Georgia Secretary of State Brian Kemp.

NOT A JOKE: House Democrats Now Plan to Give All Members of Congress A Pay Increase (Details)

ICYMI: Military Vets Storm Out of Meeting With AOC After She Trashes America, ‘Couldn’t Hear Her BS Anymore’