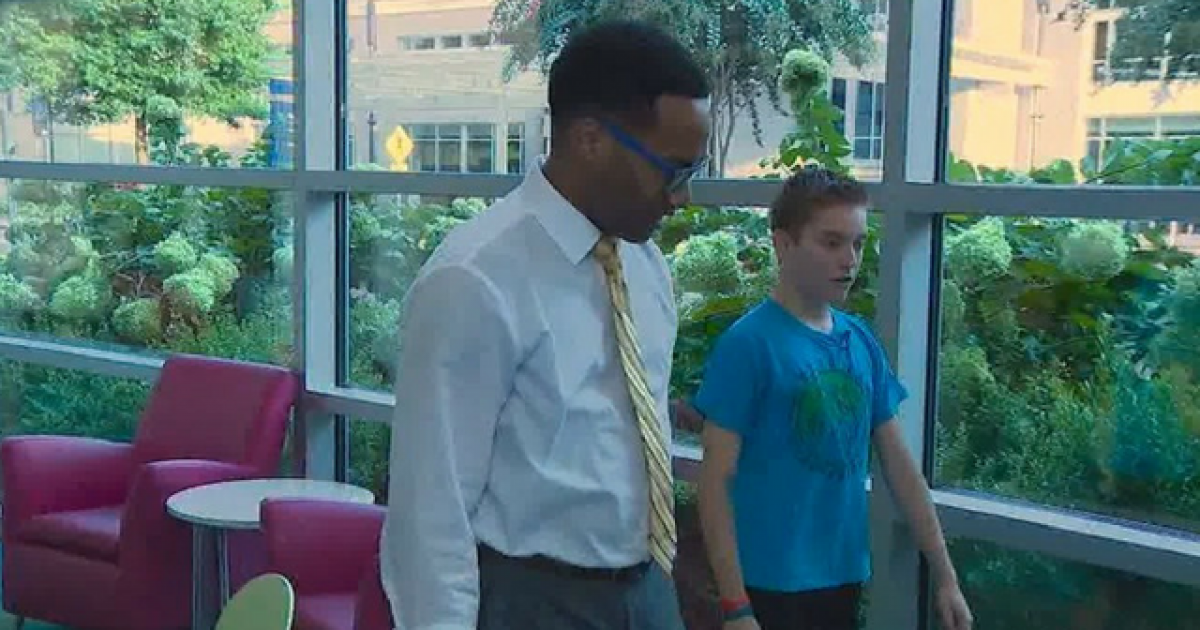 This week, 12-year-old Kaden Koebcke is recovering from a kidney transplant, which his parents have said was successful.

He looks forward to life without dialysis, which he has been on since he was little after being diagnosed with a kidney disease at age 2.

At age 5, he had his first kidney transplant, with his father acting as donor, but it was unsuccessful.

Now, as he recovers from his first successful transplant, his parents most likely still can’t believe who was willing to step up this time to act as a living donor: his own teacher.

A sixth-grader in Georgia is going to get an “unbelievable” gift from his technology teacher Tuesday: a kidney.

The 12-year-old’s first kidney transplant — performed when he was five years old with his father donating — didn’t work out.

“It came back so badly that they had to remove it within five days of them putting it in, so that — that definitely didn’t go as planned,” Koebcke, who was diagnosed with a kidney disease at the age of two, told the news station.

“With his particular situation, he can’t receive a kidney from a deceased donor, so he is in need of a living kidney donor,” the page explains.

Koebcke’s mother, Cami, will never forget the day Wilkinson visited their home to reveal he had found a perfect match.

“He says, ‘Well, do you guys really wanna know?’ And we said, ‘Yeah, we wanna know, we wanna thank him,’” she told the station.

On Tuesday, Kaden’s Facebook page was updated to inform followers that the operation was successful, and to ask for continued prayers:

Will's surgery is done and he did well with vital signs stable throughout! The kidney is already over to the other…

Such an incredibly generous act!