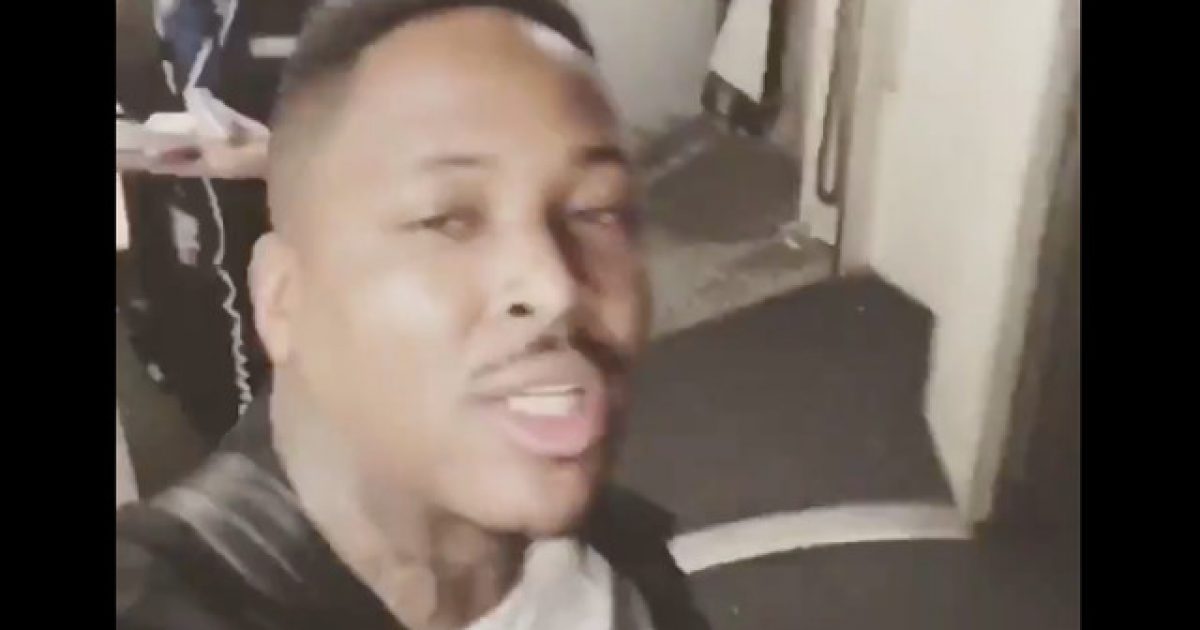 Rapper YG posted a video on his Twitter account accusing American Airlines of booting him off a plane Monday at LAX due to being “racist.” As it turns out, the rapper’s claim is nothing more than typical left-wing race baiting.

American Airlines responded by saying the decision to remove the music star had nothing to do with the color of his skin, but with his apparent lack of control when it comes to the consumption of liquor. In other words, the dude was drunk.

“F*** American Airlines,” declared the musician (real name Keenon Daequan Ray Jackson) in a video he recorded on his cell phone then posted on Twitter with the caption, “F*** @AmericanAir THEY RACIST.”

“They kicked me off the plane saying I’m drunk,” YG told his followers. “I’m soberer than a motherf***er.”

But in a statement to Page Six, American Airlines refuted the rapper’s claim, pointing to the video as evidence of their rationale for removing him.

If you watch the video, it’s pretty clear and obvious this YG character is three sheets to the wind. He’s weaving all over the place and his eyes look spaced out. Seems hard to deny that during this incident he was in an inebriated stated. Why even argue it?

His quickness to jump to racism is a great example of how the left has weaponized such a charge and used it so much over the last few years that it’s lost it’s power. Now when actual cases of racism pop up, folks are less likely to believe it’s genuine thanks to fellows like this.

Hopefully this guy grows up and learns to take responsibility for his own actions.