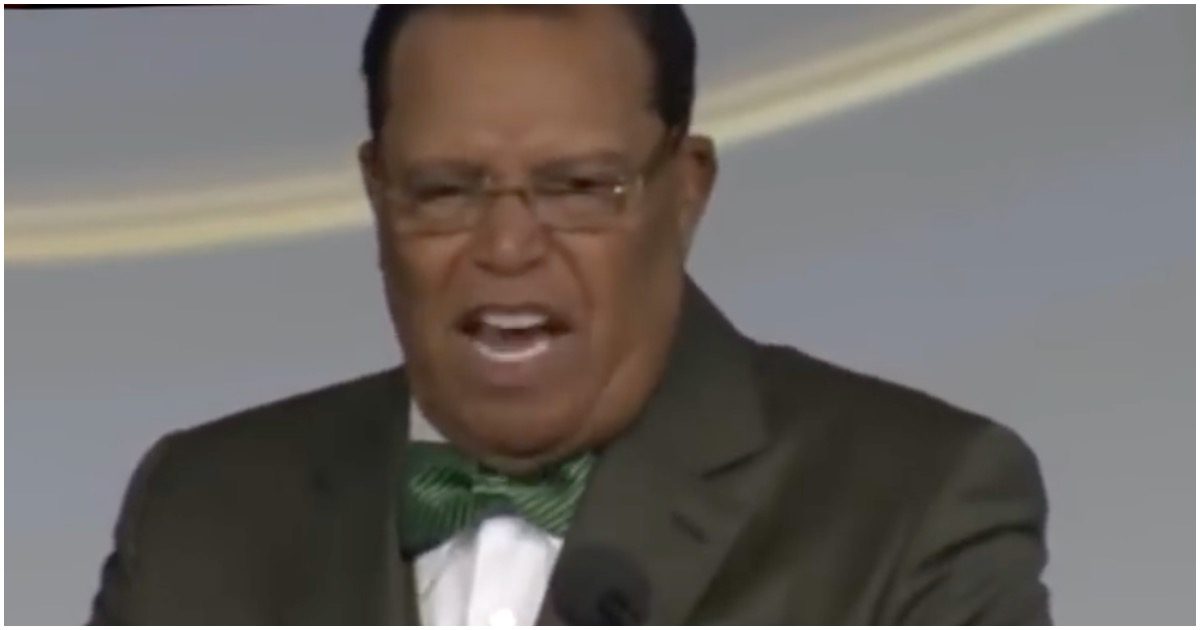 Nation of Islam leader Louis Farrakhan is apparently very upset with both President Trump and twice-failed presidential candidate Hillary Clinton. The reason why though, is quite ridiculous.

Ridiculous isn’t the right word. Absurd. Asinine, maybe. You get the point. From Memri:

Nation of Islam leader Louis Farrakhan delivered a three-and-a-half-hour keynote speech at the Saviors’ Day conference in Detroit, Michigan on February 23, 2020. In his speech, Farrakhan spoke about the killing of IRGC Qods Force commander Qassem Soleimani by U.S. forces. Farrakhan said that he thinks he had met him during his visit to Iran. Farrakhan said that President Donald Trump killed his “brother Soleimani,” whom he called a “bad man” for killing Americans. Farrakhan questioned the U.S. presence in the Middle East, suggesting this was in order to protect its “little flunky nations” against Iran. He added that Soleimani was no terrorist, he was a “brother from Iran,” who was helping the people of Iraq rid themselves of an occupying army. Farrakhan added that former U.S. Secretary of State Hillary Clinton had also killed his “brother,” Libyan leader Muammar Qaddafi, and this is the reason he did not support her or vote for her. Farrakhan recounted that he told Iranian Supreme Leader Ali Khamenei that he represents the Mahdi, who said that “America is number one on his list to be destroyed” and that it can be destroyed within 12 hours. In a “message for the Jewish people” he said that he is “not a hater” and that he has never given an order to “hurt a Jewish person” but he is going to “put a little truth on you, today.”

Farrakhan continued to say that America is falling because it has become “the habitation of devils, the hole for every foul person, a cage for every hateful bird.” He asked: “Have you become a nation of devils?” Farrakhan shouted at President Trump, quoting from the Ten Commandments: “You shall not commit murder,” referring to the killing of Soleimani. He added, “Murder is your modus operandi […] you want me dead and after today you might want to speed it up […].”

Barack Obama was once photographed with Farrakhan before the 2008 presidential election. The man who took the picture kept it hidden until after 44 finally left office.

Would Obama have lost to John McCain in 2008? It’s a moot point – but definitely a possibility.

While in Iran, Farrakhan led a chant calling for “Death to America” and Israel.

Can anyone refute that?

Biden Suggests Nikki Haley Doesn’t ‘Have The Brains,’ She Responds With A Challenge For Joe