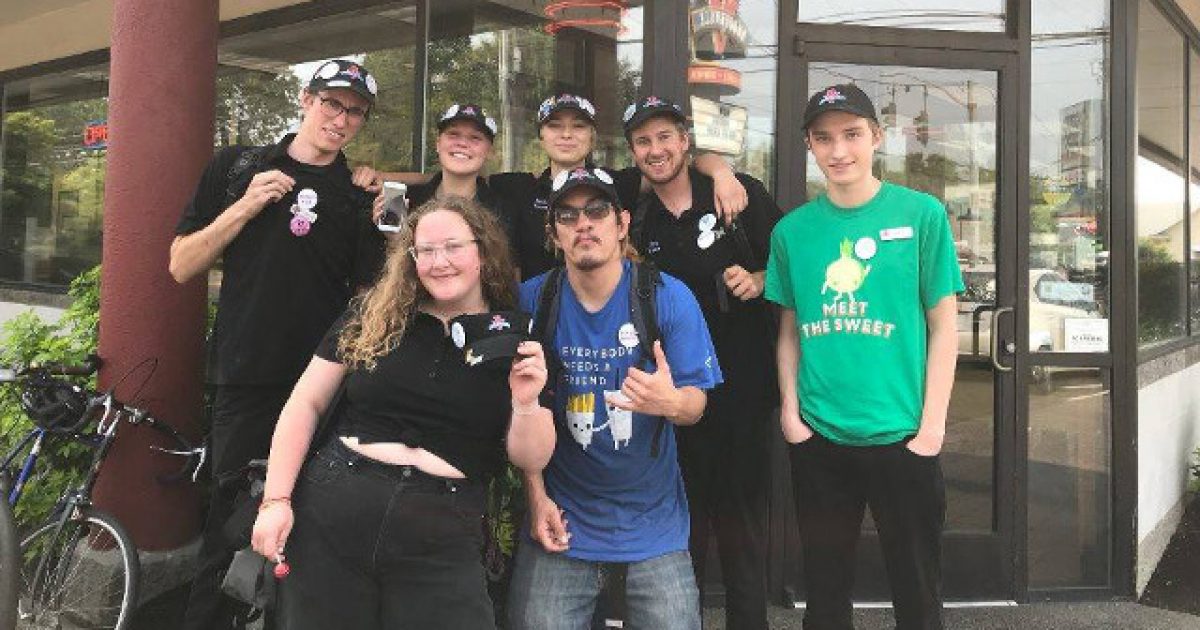 A Burgerville restaurant in Portland, Oregon has reversed course, allowing employees to now wear buttons and pins in support of Black Lives Matter and the “Abolish ICE” movement.

The establishment originally banned the pins, going so far as to send workers home without pay for wearing the buttons during their shifts.

Burgerville has 42 locations through out Oregon and Washington. Their most noted claim to fame concerned their creation of the first fast-food worker’s union.

The employees said that they refused to comply with the policy because they believed that such suppression was “white supremacist.”

A posting on the Burgerville Workers Union described the policy and the employee response. A portion of the post stated, “When bosses tell workers they are not allowed to support Black Lives Matter or to stand with undocumented immigrants, they are siding with white supremacy. There are black and undocumented Burgerville workers, and as of today, Burgerville’s official policy is that their lives and safety are too ‘political’ for the company.”

Oh but the liberal insanity this company is indulging in gets worse from there. They are also apparently allowing workers to place their preferred gender pronouns on their name tags.

The Burgerville worker’s union is demanding, yes DEMANDING, the company offer up an “official apology” to the crew for “forcing them to decide between their jobs and supporting the fight against white supremacy.”

This, folks, is the kind of nuttiness running rampant in America thanks to the wide spread indoctrination of children in public schools by progressive ideologues.

VIDEO: What a Man Did to US Flags He Stole From Veterans Cemetery is Absolutely Disgusting