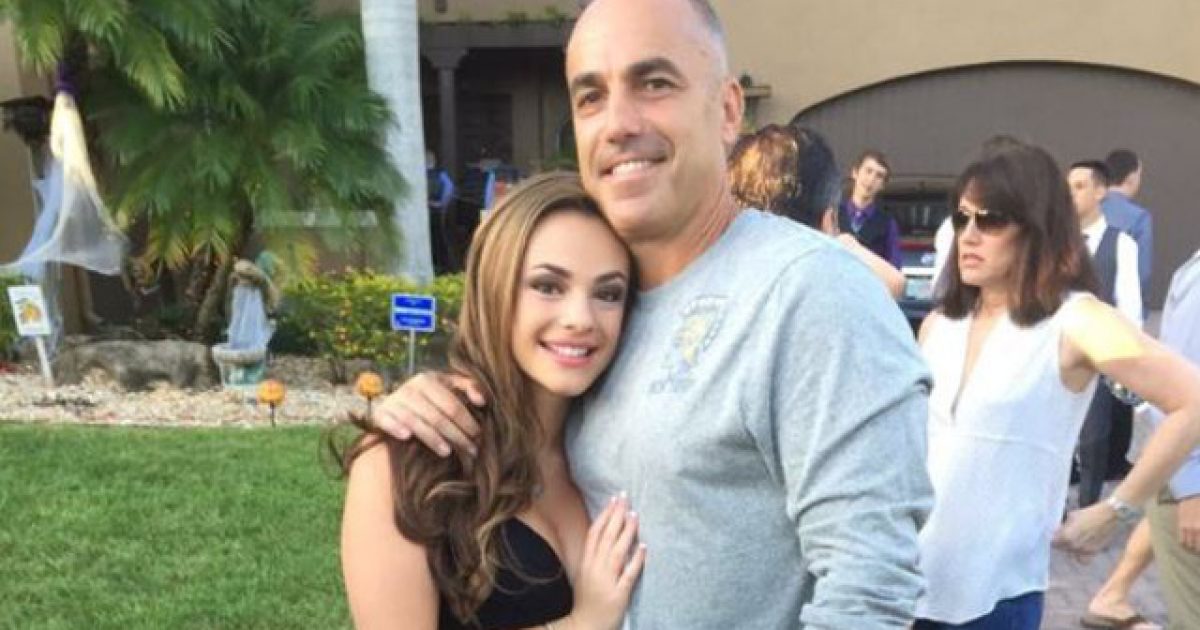 The father of a student murdered in the horrific Parkland school shooting is suing a sheriff’s deputy who did not enter the building during the time of the attack.

However, the man made it clear this has nothing to do with money, but with dragging the cowardly officer out of the dark and into the light for all to see.

Meadow Pollack was a senior when she died in the shooting, making her one of the 17 victims who lost their lives when a crazed gunman entered Marjory Stoneman Douglas High School back in February.

Sheriff Scott Israel spent a week after the shooting reprimanding the school resource officer for not taking decisive action to bring the situation to an end after surveillance footage from one of the buildings showed Peterson standing outside.

Peterson soon resigned from the Broward Sheriff’s Office, opting to take the easy way out and avoid on the job consequences for his failure of courage.

However, that’s not enough to appease Pollack, and given the fact he lost his daughter in the shooting, who can blame him?

His ultimate aim in filing the suit against Peterson isn’t about money, but about making sure he is branded a coward wherever he goes.

I filed a wrongful death suit against Deputy Peterson today. I want to expose that coward so bad. Where ever he goes I want people to recognize him and say that's one of the cowards of Broward. The SRO that let those children and teachers die on the 3rd floor!

Pollack’s brother Hunter also had some words for Peterson:

My family wants the world to know this is the guy that hid behind a concrete wall while kids and teachers were killed. He's a WEASAL COWARD, and no matter where he goes should be recognized as a failure. He failed to act, and than lied about it after. We will not forget! #FIXIT pic.twitter.com/4ybZ4lEDGa

Pollack has made it clear he believes that if Peterson had taken action, his daughter would still be alive today:

“So, he’s also a liar. And, to go past that, he was there at the third minute, okay? My daughter was killed on the third floor, so he had ample enough time to save everybody on the third floor, this guy,” Pollack said in an interview with Fox News last month. “And he didn’t do it–because the shooting took … for seven minutes, so he stayed there so my daughter’s on the third floor, she got shot four times, she struggles to a door, this guy’s downstairs, the guy … goes down the hallway, shooting injured kids on the floor, he shoots my daughter another five times while that coward is waiting, that embarrassment of an officer.”

Here’s a snippet of what the lawsuit says regarding Peterson:

“Instead of actually entering the building as he should have, Peterson positioned himself out of harm’s way, though within earshot of the Nikolaz Cruz carnage. Rather, Peterson listened to the din of screams of teachers and students, many of whom were dead or dying, and the blasts of Nikolas Cruz’ repeated gunfire.”

This suit has nothing to do with money. I want to be sure anywhere he goes in this country he will be recognized as the coward that could have gone in and saved the students and teachers on the third floor.

Despite losing his daughter, Peterson is not in favor of strict gun control laws that would limit the Second Amendment rights of law abiding citizens.