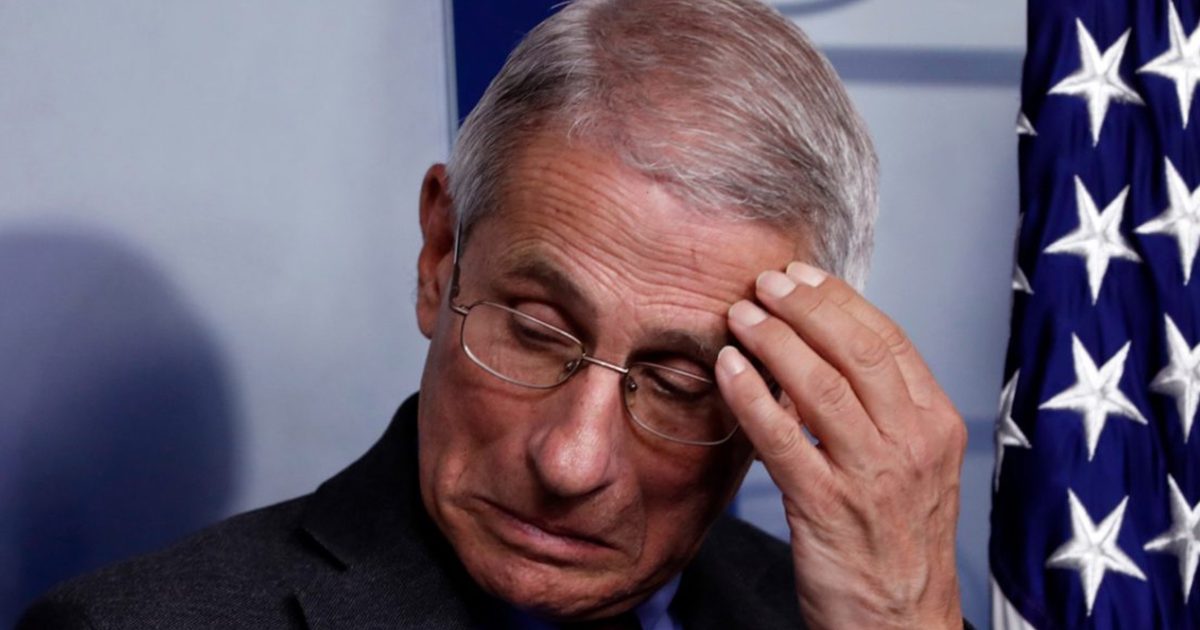 The left’s favorite saint, Dr. Anthony Fauci is making false claims once again, this time claiming that he always agreed that the Wuhan flu could have come from a lab leak in China.

On Wednesday, Fauci tried to claim neither he nor the federal government ever tried to suppress the idea that the coronavirus could have been leaked from a lab in China.

“If you go back then, even though you lean towards feeling this is more likely a natural occurrence, we always felt that you gotta keep an open mind,” Fauci told CBS This Morning. “All of us. We didn’t get up and start announcing it, but what we said, ‘Keep an open mind and continue to look.’ So, I think it’s a bit of a distortion to say that we deliberately suppressed that.”

However, this is a lie. Fauci did, indeed, try to suppress the idea that the virus could have come from a Chinese lab.

Indeed, in May of 2020, he told National Geographic that there was no evidence of a lab leak.

“if you look at the evolution of the virus in bats and what’s out there now, [the scientific evidence] is very, very strongly leaning toward this could not have been artificially or deliberately manipulated,” he told the magazine.

He also told the White House press corps that there was no evidence of a lab leak.

There is a lot f evidence of Fauci trying to stop cold talk of a Chinese lab leak. The Blaze’s Sara Gonzales jumped to Twitter to prove Fauci’s lies:

Once again, Fauci is caught lying.