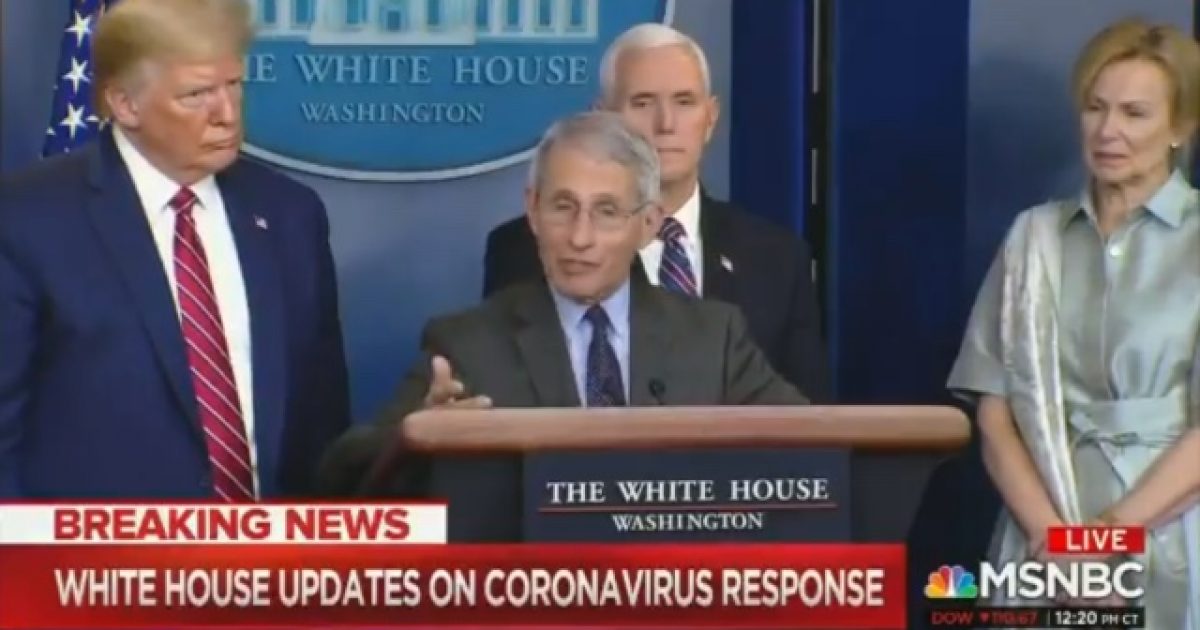 It seems that Dr. Anthony Fauci is growing increasingly frustrated with attempts by the mainstream media to make it seem as if there is some sort of rift developing between the president and himself, noting that such a notion is “ridiculous.”

“The president has listened to what I have said, and to what the other people on the task force have said. When I have made recommendations, he has taken them. He’s never countered or overridden me. The idea of just pitting one against the other is just not helpful,” Anthony Fauci said during an interview with WMAL on Tuesday. “I wish that would stop, and we’d look ahead at the challenge we have to pull together to get over this thing.”

“Really, fundamentally at the core, when you look at things, there are not differences,” Fauci said.

Fauci spoke with Fox News stating that the president has never “overruled” him on anything when it comes to how to properly respond to the coronavirus outbreak.

President Trump responded to Fauci’s defense of their relationship by offering him a thank you.

Fauci noted over the weekend that his job is to provide solid scientific facts, while the president’s is to give hope and reassurance.

This is just the media once again trying to create a problem where none actually exists. It’s really annoying and obnoxious that the left is so desperate to politicize a dangerous virus like this, caring little about the fact people are dying.

Let’s hope reporters shake off this nonsense and actually do their jobs to keep the public properly informed.