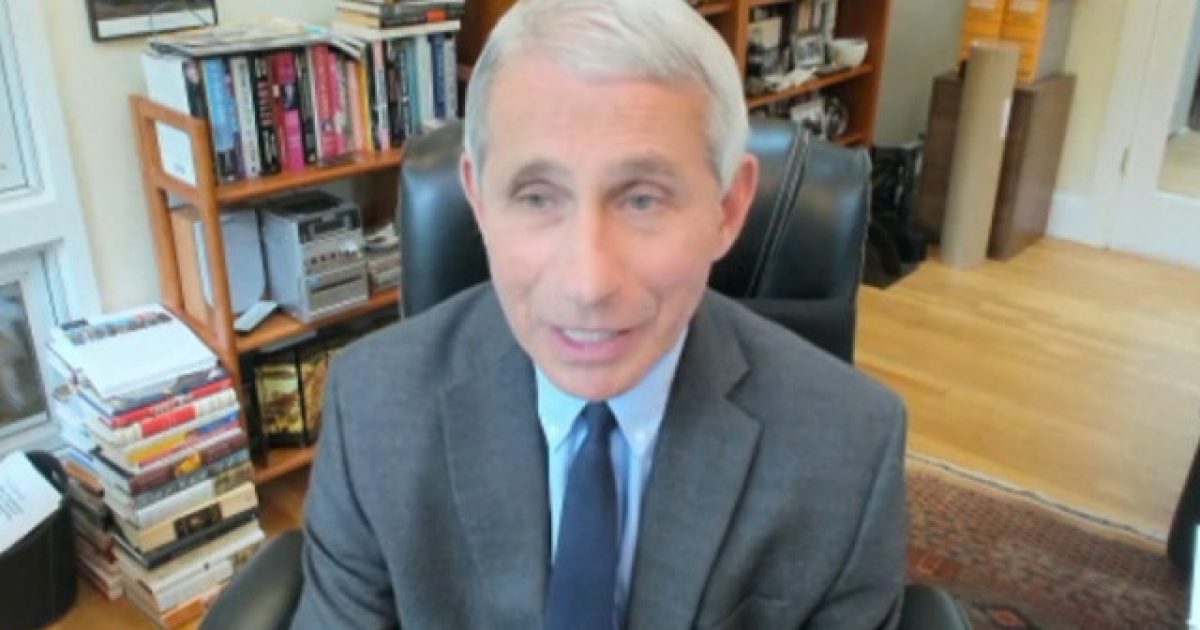 Between the news leaks about Wuhan studies, a high-profile defection from the Chinese spy agencies, and some very awkward FOIA-related email releases, it’s a bad time to be one of Fauci’s insiders. And if your name happens to be Peter Daszak? Time’s up. The UN Commission that was looking into the origins of the pandemic just gave him his walking papers.

This is the same tax funding Fauci so smugly claimed was NOT funding to gain of function research when Rand Paul explicitly questioned him on it.

The recent tranch of FOIA emails between Fauci and others shone some uncomfortable light on what was really going on, what Fauci and his buddies knew, and what they were trying to keep out of the public eye.

British scientist Peter Daszak has been removed from the COVID commission looking at the origins of the pandemic after helping secretly denounce the lab leak theory while failing to mention his close ties to the same facility.

The scandal-hit scientist’s departure from the UN-backed Lancet commission into the virus’s origins was revealed on its website.

…Daszak’s presence on a number of bodies investigating the origins of COVID has proved controversial because he has links to the Wuhan Institute and its chief researcher Dr Shi Zhengli – dubbed ‘Batwoman’.

He helped organize a letter published in prestigious medical journal The Lancet that was signed by 27 scientists, including Daszak himself, and denounced the lab leak claim as a ‘conspiracy theory,’ and ‘nonscientific.’

…Daszak, a Ukrainian-born British zoologist, was an early voice denouncing ‘lab leak’ theories as ‘conspiracies’ in an open letter published in The Lancet last February – a reaction that has been likened to a cover-up.

They wrote at the time: ‘We stand together to strongly condemn conspiracy theories suggesting that COVID-19 does not have a natural origin.

‘Conspiracy theories do nothing but create fear, rumors, and prejudice that jeopardize our global collaboration in the fight against this virus.’

We already know from emails that the Lab Leak theory was no mere ‘conspiracy theory’ because it was already being raised as a concern between Fauci and his advisors as early as the end of January.

If he was deflecting from the lab leak to hide his own involvement and connection to the Coronavirus research? That would be bad enough.

If he was deflecting from it because he didn’t want taxpayer funding to dry up? That would be worse.

But if he was deflecting from the theory on behalf of his counterparts in the Chinese Communist Party? That would take the seriousness of this coverup to a whole other level.

What remains to be seen is if this brings anyone else in Fauci’s orbit down with him.

The National Pulse first broke this story back in February, and it’s just `now paying off with real consequences.

Daszak is a critical Fauci confidant and ally.

In early February, The National Pulse highlighted how Daszak had collaborated with the Wuhan Institute of Virology – believed by many including former Center for Disease Control and Prevention Director Robert Redfield to be the source of COVID-19 – for nearly two decades.

The National Pulse also unearthed Daszak’s detailed descriptions of the research he conducted alongside his “Chinese colleagues,” including “bat lady” Shi Zhengli, where he admits to manipulating bat coronaviruses into “killer viruses.” The collaborative research was funded in part by Fauci’s National Institute of Allergy and Infectious Disease (NIAID), as Daszak divulged on a 2020 podcast, “we have 16,000 bat samples in a freezer in China that we collected using U.S. taxpayers’ money.”

In another piece, they also linked Google (and some other interesting names) to the funding as well…

Is the clock finally ticking for the ‘holy man? The flip-flopping authoritarian doctor who the media believes can walk on water, little lord Fauci?